Hundreds of pro-life advocates braved 109-degree heat in Phoenix, Arizona to protest an abortion clinic that admitted in an undercover video that it would not revive a baby born alive following a failed abortion.

Live Action released an undercover video exposing Phoenix, Arizona-based late-term abortion doctor Laura Mercer and an abortion center counselor who would leave a newborn, struggling for life after a failed abortion, to die.

Live Action traveled to Phoenix, AZ to demand answers from Family Planning Associates Medical Group, where our investigators recorded staff promising that “they will not resuscitate” a baby born alive after a failed abortion. Dr. Laura Mercer described in chilling detail the late-term abortion process: “We literally go in and grab and pull pieces out.” After a pause, she followed up “That’s a little more graphic than I usually describe it.”

The “Stop the Killing” rally, brought hundreds of people together against the violence of abortion and was covered by a great deal of media outlets. Our “Stop the Killing” rallies are a part of our Inhuman investigative release and have given pro-lifers across the nation an opportunity to stand with Live Action and participate in our work to expose the horrors of the abortion industry. 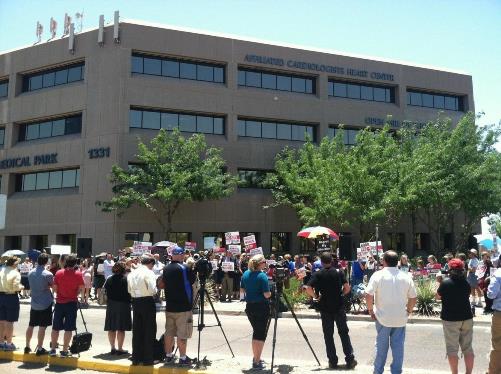 It’s time for our elected officials and state health departments to listen. And we’re confident that the legislators who attended the rally in Arizona are prepared to take our message to the state house and fight for the equal rights of all people, regardless of their development or location.

We, at Live Action, are so grateful to everyone at the Center for Arizona Policy for all of their help and guidance in making the Arizona Inhuman rally a tremendous success. And we would also like to thank Silent No More, the Foundation for Life and Love, and Senator Nancy Barto (AZ-15) for sharing their testimonies during the rally. 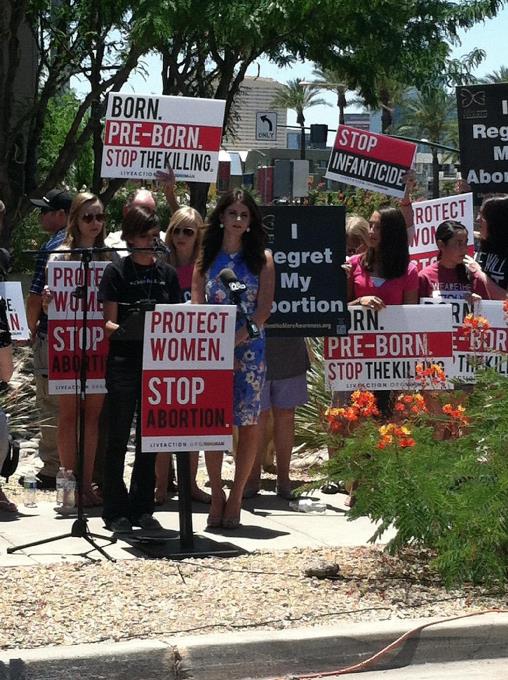 The best news out of all of this? Live Action has more rallies planned, so hopefully you can join us at one of the next ones.

In the video, the abortion practitioner Mercer tells an undercover Live Action investigator who is 24 weeks pregnant:

The Phoenix video came on the heels of abortion doctor Cesare Santangelo of Washington, D.C, who was exposed on a recent undercover video telling a 24-week pregnant woman that in the unlikely event that an abortion resulted in a live birth, “we would not help it.”  Before that, the pro-life group released a video showing an abortion facility staff member saying an unborn child born alive after a botched abortion should just be flushed down the toilet.