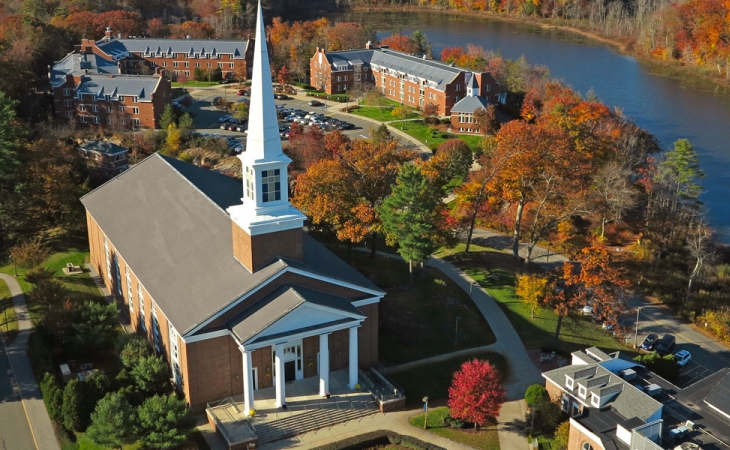 A Christian college asked the U.S. Supreme Court Monday to reverse a Massachusetts Supreme Judicial Court decision that allows government to dictate who can teach the college’s faith.

Alliance Defending Freedom attorneys represent Gordon College. Originally known as Boston Missionary Training School, the college requires students and faculty alike to sign a statement of faith and agree to abide by biblical standards of living. Professors are the primary means through whom Gordon teaches the faith to its students, and those professors must integrate Christian teaching into every academic discipline.

“The government should not interfere with the religious decisions of religious colleges,” said ADF Senior Counsel and Vice President of Appellate Advocacy John Bursch. “Gordon College works to stretch the mind, deepen the faith, and elevate the contribution that Gordon students and graduates make to the world around them. Gordon’s professors are the key to teaching the faith to its students. And the First Amendment is clear: The government has no business telling a faith-based college how to exercise its faith.”

Margaret DeWeese-Boyd was a Gordon associate professor of social work with an advanced degree in theology whose application for promotion to full professorship was declined in 2016 because her performance fell short of the college’s expectations for faculty scholarship and institutional service. She also revealed that she no longer agrees with significant religious beliefs in the college’s covenantal documents that she had to reaffirm every year of her employment. She sued in state court.

The Massachusetts Supreme Judicial Court concluded that Gordon College can indeed require her, as with other Gordon professors, to be a genuine Christian teacher and scholar, yet the court concluded that it was not necessary for her position to perform functions that are sufficiently religious, in the court’s view, and ruled in her favor. It did so even though Gordon’s professors are required to train their students in the Christian faith, and despite clear precedent from the U.S. Supreme Court in Our Lady of Guadalupe School v. Morrissey-Berru and Hosanna-Tabor Evangelical Lutheran Church & School v. Equal Employment Opportunity Commission that such a narrow definition of an employee’s “ministerial functions” at a religious educational institution is unconstitutional.

“If Gordon cannot select, retain, and promote its faculty free of government interference, it cannot faithfully carry out its religious mission,” the petition filed with the U.S. Supreme Court in Gordon College v. DeWeese-Boyd explains. “The Massachusetts Supreme Judicial Court obviously does not share the College’s religious belief that a faculty member’s integration and teaching of the Christian faith with an academic discipline is inherently a religious and ministerial function and critical to the College’s very existence. Nor does that court share the College’s understanding of how the Christian faith must be integrated into classes such as social work. But the First Amendment requires that the courts respect the College’s religious beliefs rather than apply a flawed perception of what the courts think Christian education should be.”