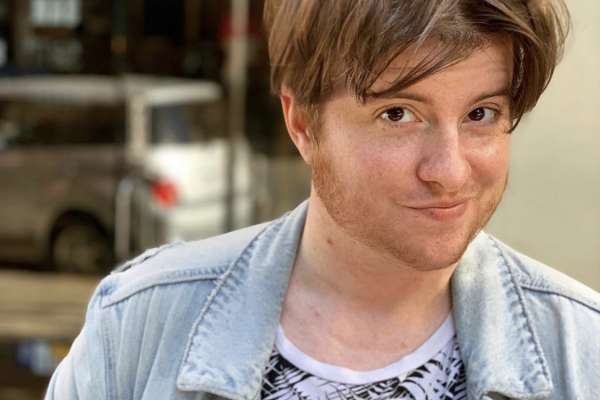 A happily-married, financially-stable mom is justified in ending the life of her unborn baby, according to one advice columnist.

Danny M. Lavery runs Slate’s advice column, “Dear Prudence,” which answers readers’ questions “about relationships at home, work, and beyond.” This includes relationships in relation to abortion, as Lavery recently responded to the question “Should I Abort My Pregnancy and Tell My Husband I Miscarried?” in his column published on March 13. His answer, quickly summarized, seemed to be, “Yes, yes, you may.”

The full question, from an anonymous woman called “Thinking About Termination,” read, “Should I terminate this pregnancy and tell all (including my husband) that I miscarried?”

The woman wrote that, while her husband and family are “all excited” that she is pregnant with her second child, she is “completely disappointed” about her “lapse in judgment and thinking I would be OK with getting pregnant again.”

She admitted her situation was comfortable enough – calling herself “happily married, financially stable, and a mom of a beautiful, feral toddler.” But she felt remorse that she had decided momentarily, one “drunken night,” that “I did, in fact, want a sibling for my toddler.”

“I’m now 10 weeks pregnant with my second child and plagued with nausea, vomiting, and most of all regret,” she urged.

Mr. Lavery, under the pseudonym “Prudence,” reassured the mother that “‘I don’t want to be a parent’ is a wholly sufficient reason to schedule an abortion.”

Furthermore, she needn’t tell a soul.

“You are under no obligation to disclose your decision to terminate a pregnancy to anyone else,” he wrote, “no matter how excited they may have been about your pregnancy or how much they might wish you to carry your pregnancy to term.”

She might tell her husband, he said, if she thought he would react well to an abortion.

“[Y]ou may choose to inform your husband beforehand if you think he’ll be supportive (emotionally and physically, since you’ll need care while recovering), or afterward, if you trust he’ll keep it in confidence,” Lavery advised.

According to him, telling her husband could prove beneficial for the following reasons: because “you may find it relieves some of your sense of isolation,” because “secrecy and shame can make for a damaging combination,” and because it may “minimize the likeliness that you’ll feel additional pressure in the future to go along with the general family excitement about a second child.”

None of Lavery’s reasons included that her husband is the father – or even that she should aim for open communication in a committed relationship.

If “you have reason to believe your husband or family would antagonize you for having had an abortion,” he reasoned, “you should prioritize your own well-being and safety first.”

He admitted she should tell someone though, even if just her doctor.

“Whatever you decide, don’t let your disappointment or your embarrassment keep you from making an informed and self-interested decision about something as huge as raising a second child,” Lavery concluded.

In other words, the huge decision here centered on raising a child. Not ending a human life.

It’s understandable that the pregnant mother, “Thinking about Termination,” is scared and embarrassed. The fault rests on Lavery for never once suggesting that there are other options.

Here’s what someone should tell her: It’s normal to be scared. It’s normal to be terrified about the unexpected – especially if it’s something as life-changing as a baby. It sounds like you’re going through a challenging time, both physically and mentally. But know that you are strong. That you are not alone. That you are loved. That abortion is not your only option. That it’s worth considering keeping your baby – whom you already refer to as your “second child” – because you have that superwoman ability.

Your family – assuming that they love you – will want to help you through what you’re feeling right now. Give your husband, who you say you’re happily married to, the chance to be there for you.

You have options. There’s adoption. There’s support – free support – that pregnancy centers across the country offer, from counseling to medical supplies. There are doctors who can help with your vomiting and nausea. There’s professional help you can seek out to talk through your feelings and experience. And know that, while you have regret now, abortion can carry a permanent regret of its own.

You – a woman of inherent dignity and worth – can do this.