LifeNews has often covered cases of moms who received a breast cancer diagnosis while pregnant and we’ve reported how many mothers bravely refused a suggestion from doctors to have an abortion in order to protect their own life or health.

Now, here is a case of a brave mother who decided to have her baby while dealing with stage two breast cancer:

At age 34 Adele Rivas thought she was too young to have breast cancer, even though her mother had been diagnosed with the disease in her

40s. But a persistent lump in her breast led Rivas to get a biopsy test. Her mother tagged along for moral support.

“My mother said, ‘I have to come with you,’” Rivas remembers. “She came, thank goodness.”

With her mother by her side, Rivas was diagnosed with stage two breast cancer. When Rivas asked to take a pregnancy test, she thought she was just delaying dealing with her cancer diagnosis.

“A voice told me ‘You’re really in denial,” about cancer, Rivas recalled thinking at the time.

When a nurse came back after the test, she told Rivas it was likely positive but it was so early to be sure. They would have to wait another 48 hours for doctors to be completely sure.

“I left that day not knowing if I was pregnant but knowing I have breast cancer,” said Rivas.

After talking to her doctors about options Rivas decided to keep the pregnancy, but go through a grueling treatment schedule that included a mastectomy in her first trimester and chemotherapy in her second and third trimesters. 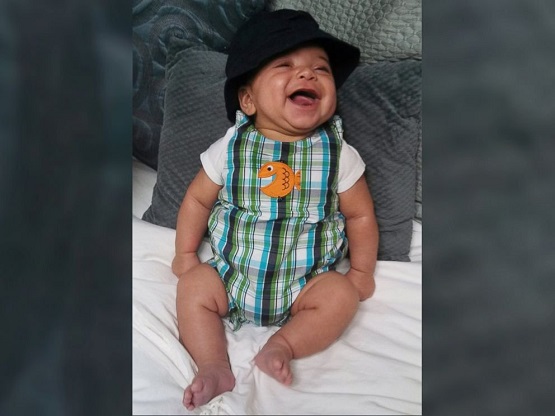 Rivas’ doctors warned her that prolonged time in surgery could lead to miscarriage so Rivas was unable to have breast reconstruction at the same time as her mastectomy.

“I’m flat with no nipples and no breasts, but that was worth it to me,” said Rivas.

After getting through all her cancer treatments, Rivas remained worried about her son. She was afraid he could be at risk for being underweight or premature.

But on March 10, about two months after stopping cancer treatment, Rivas gave birth to a healthy boy. Rather than being underweight, Rivas’ son, named Conatantino or “Tino,” weighed in over 8 pounds.

“He’s a happy, happy soul,” said Rivas. “The only time he gets upset is when he’s hungry. He’s growing like crazy. He’s a big boy, he’s in the 95th percentile for height and weight.”

LifeNews, in April 2012, covered a collection of stories from The Lancet, a prominent British medical journal,  showing pregnant women don’t need to have an abortion in order to get treatment for cancer. The information shows chemo treatment does not harm the unborn baby and mothers can treat themselves for cancer without worrying about effects on the unborn child.