NARAL and Planned Parenthood are exploiting the Christmas season in a most sickening way. They’re calling on extremists to chip into a fund to help women pay for their Christmas abortions.

On a top 10 list of reasons to donate to the fund so young girls can have an abortion, I found this:

#5. You are helping to shape the women leaders of tomorrow, the ones who will make social change. You know those supposedly missing younger feminists? Abortion funds are one place you’ll find them.

(Hmm … Do you think those “missing younger feminists” just might have been aborted by their older feminist mothers?)

#6. You will feel a deep sense of satisfaction. There’s something really powerful about knowing that because of you, a woman can continue on the path she’s set out for herself. It feels really good.

(A woman who was lucky enough to escape alive from her mother’s womb, has become the most dangerous place on Earth.)

Not only that, but they asked girls to send photos of themselves wile holding a political poster that explains why they give money to help other girls abort their babies: 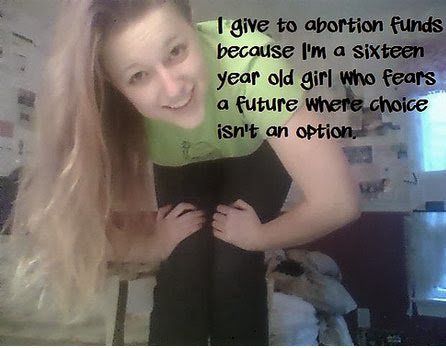 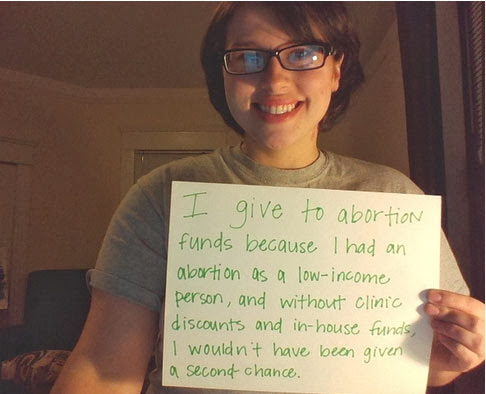 Our girls deserve better than this wicked charity!

I must warn you, though, this political propaganda campaign unfortunately has an impact on our youth because teens are inspired by their peers and the media. This is exploitation, plain and simple!

You and I both know that a girl who has an abortion lives in regret for her entire life, knowing that she took the life of a completely innocent person.

Deep down, our girls suffer, but political extremists like NARAL and Planned Parenthood simply don’t care, just as long as they have their money.

The evil-doers at Planned Parenthood — a billion-dollar abortion business — like to pretend there’s no shame in having an abortion.

Yet, while they encourage women to donate to an abortion fund, we know those funds go right back into Planned Parenthood’s pockets because, after all, they are America’s largest abortion chain.

Here’s the reality for a girl who is exploited by the abortion industry:

After a girl hands her money to Planned Parenthood and has an abortion, the abortionists have nothing else to do with her and vulnerable girls like her — they are truly alone.

Friend, this influential extremist abortion movement is rapidly becoming more vocal in Texas. The Left is dumping $36 million dollars into our state to spread the evil message that abortion is normal as the election season heats up. They call their war against women and Life “Battleground Texas.”

Join with us and fight against these evil forces!