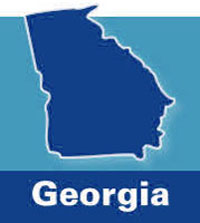 From Georgia Right to Life:

Georgia Right to Life (GRTL) today praised Governor Deal for his work to prevent tax dollars in Georgia from being used to pay for abortions.

Earlier this year, a House bill was altered by Senator Mike Crane, R-Newnan, to remove abortion coverage from state employee insurance plans. “We have protected the life of a fish,” Crane said. “I expect the same for the life of the unborn.”

The bill died at the close of the 2013 session under Speaker Ralston’s direction. At that time, Governor Deal offered that he would explore executive and regulatory solutions to accomplish the bill’s intentions.

“I am deeply grateful to the Governor for his follow through on this important issue,” said Dan Becker, GRTL President. “His willingness to stand up for innocent life should serve as an example to others in Georgia government.”

State employees currently receive abortion coverage in their insurance package, approximately 75% of which is paid for with taxpayer funds.

The majority of Georgians do not support their tax dollars for abortion on demand and this decision reflects their will.

Why would Georgians want to pay for what is truly not health care, but the destruction of human life?

In 2011, 366 surgical abortions and 47 medical abortions were performed for state employees. The total cost was nearly $223,000, the majority of which involved taxpayer funds.