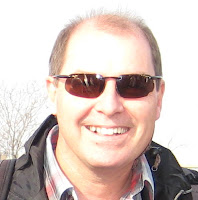 This morning, the Rassemblement québécois contre l’euthanasie (The Quebec Rally Against Euthanasia—RQCE) has announced a large-scale citizens’ mobilisation against euthanasia during simultaneous press conferences held in Quebec City and Montreal (outside of the Quebec National Assembly and at the Hospitalières museum of Hôtel-Dieu hospital of Montreal). Next May 18th, Quebecers are invited to the “Springtime March”, a large-scale family event organized to denounce the Quebec government’s desire to open the door to euthanasia by way of a law which they will shortly be tabling in parliament under the moniker “medical aid in dying.”

During the press conference held in Quebec City, Dr. Claude Morin, principal organiser of the March and emergency-room doctor, Dr. Marc Bergeron, a hematologist-oncologist and Mr. Louis André Richard, professor of philosophy, have presented what they called a “citizens’ initiative open to every person who is conscious of the dangers that euthanasia presents for Quebec society.” Under the theme “Euthanasia, in our province? No thanks!”, the gathering will begin at 12 noon on Saturday, May 18 on the Plains of Abraham, outside of the Musée national des Beaux-Arts (National Fine-Arts Museum). The March will then get going at 1:45 PM towards parliament via the Grande-Allée street. Speeches will be delivered throughout the day, which will end around 4:30 PM. The spokespeople of the RQCE are extending a hand to all members of civil society, and most particularly politicians, so that “all can be put in place so that the security, the dignity and the comfort of all suffering people at the end of life can be assured by universally accessible and high-quality palliative care.” They reminded the gathered press that “Euthanasia kills the patient rather than the pain. We don’t want it!” 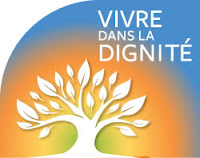 At the Montreal press conference, Dr. Patrick Vinay, unit chief of a palliative care team and interim president of Living with Dignity and Dr. Catherine Ferrier, member of the Physicians’ Alliance for Total Refusal of Euthanasia wished to offer the organisers of the Springtime March the support of their respective organisations. Dr. Vinay stated that “Killing is not medical care, it’s the sudden end of all medical care. We must instead provide care for, relieve, help and appease all suffering.” “Let us come out in large numbers this May 18th to clearly show our elected representatives that there exists no real Quebec consensus on the topic of ‘medical aid in dying'” he added along with Dr. Ferrier.

The Rassemblement québecois contre l’euthanasie (The Quebec Rally against Euthanasia) is a non-profit organisation whose mission is to counter any attempt to introduce (whether overtly or otherwise) euthanasia and assisted-suicide in the Quebec health care system. Sensitive to end-of-life issues, the RQCE advocates for the establishment in Quebec of a quality palliative care network.

Numerous spokespeople are available for an interview. Video recordings of this morning’s press conference will be made available at this location: www.youtube.com/lamarcheprintaniere.