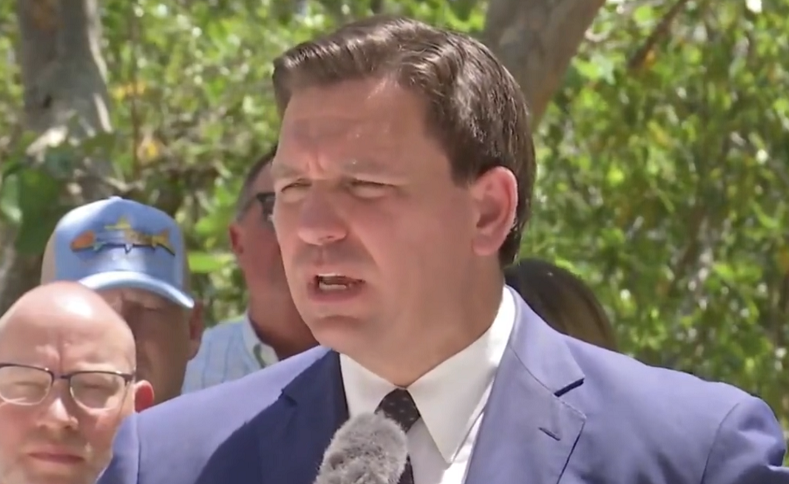 Florida Gov. Ron DeSantis’s administration told pharmacies this week that they must follow state laws regarding abortion drugs despite a new Food and Drug Administration rule that allows pharmacies to provide them.

Prior to the Biden administration, the FDA required the abortion drug mifepristone to be provided in-person by a licensed physician at an abortion facility or hospital. About a year ago, however, the Biden administration changed the guidelines to allow abortion drugs to be prescribed through the mail, and then this month, the FDA told pharmacies that they may begin selling them, too.

Responding Wednesday, the Florida Agency for Health Care Administration issued an alert to pharmacies, warning that they will be prosecuted if they provide abortion drugs in violation of state laws, Newsmax reports.

“In light of the recent decision by the U.S. Food and Drug Administration to allow retail pharmacies to dispense mifepristone, the Agency issues this alert to remind providers that they must continue to comply with Florida laws that govern the performance of abortions,” the agency said.

“The Agency will refer to local law enforcement any evidence of criminal activity that it discovers in its surveys of providers,” it continued in the alert. “Willfully violating these provisions could result in criminal penalties.”

In the alert, the agency pointed to a statute that makes it “unlawful for any person to perform or assist in performing an abortion on a person, except in an emergency care situation, other than in a validly licensed hospital or abortion clinic or in a physician’s office.” A second law states that “[n]o termination of pregnancy shall be performed at any time except by a [licensed] physician.”

The abortion drug mifepristone is dangerous and can be deadly for mothers as well as their unborn babies. Studies indicate the risks are more common than what abortion activists often claim, with as many as one in 17 women requiring hospital treatment. A recent study by the Charlotte Lozier Institute found that the rate of abortion-related emergency room visits by women taking the abortion drug increased more than 500 percent between 2002 and 2015.

Along with millions of unborn babies’ deaths, the FDA has linked mifepristone to at least 26 women’s deaths and 4,000 serious complications between 2000 and 2018. However, under President Barack Obama, the FDA stopped requiring that non-fatal complications from mifepristone be reported. So the numbers almost certainly are much higher.

First approved under the Clinton administration, mifepristone is used to abort unborn babies up to about 10 weeks of pregnancy – although some abortionists use it later. It works by blocking the hormone progesterone and basically starving the unborn baby to death. Typically, abortion groups also prescribe a second drug, misoprostol, to induce labor and expel the baby’s body.

In England, which began allowing mail-order abortion drugs two years ago, new investigations show a huge increase in ambulance calls and reports of coercion and abuse. There also have been reports of late-term babies being born alive at home because their mothers did not realize how far along they were.

A group of doctors and medical associations recently sued the Biden administration for its decisions to expand the abortion drugs, saying the government skirted the safety review process and put lives at risk.