The Christmas season turned into a nightmare for Lily Walker and her husband, David, last year when she went into premature labor with their daughter Ava.

The Walkers, who live on the Isle of Wight in England, were told that their unborn daughter probably would die in a “late miscarriage” and any attempts to save her could risk Lily’s life, The Sun reports.

But Lily Walker did not care about herself. She insisted that doctors save her daughter’s life, and they did.

Last week, the Walkers celebrated their first Christmas together at home with baby Ava and their extended family, according to the report.

“We struggled to get pregnant and it just felt like we would never get here, but we were determined to fight for our daughter,” Lily Walker said. “Ava is such an amazing little girl, full of life and smiles. You would never know everything she has been through.”

Around the same time last year, the Walkers were headed into the Christmas season with joy as they celebrated their long tried for pregnancy. They had just found out that they were having a baby girl and began discussing names when Lily began to bleed. That was the day after Christmas (Boxing Day in the UK), according to the report.

Two days later, her water broke at 23 weeks of pregnancy, and they began to fear the worst. At the hospital, Lily said she was told that Ava almost certainly would die.

“One consultant told me, ‘we just class this as a late miscarriage.’ I was stunned, devastated – the room was spinning,” she remembered. “She was my baby. We had already bonded and I already had that maternal instinct to protect her against all odds. I knew already that I would lay down my life for her even then.”

The consultant did not seem to care about Ava’s life, telling Lily that her baby girl would be severely disabled if she did survive, the report continues.

“They didn’t bother hooking me up to a monitor to keep track of Ava’s heartbeat, it felt like they didn’t expect her to live,” she said.

But Lily refused to give up on Ava. When doctors told her that a cesarean section potentially could save Ava’s life, Lily told them to go ahead – even though there was a risk to her own life and her future ability to bear children.

“… because of the way my placenta was lying, I would have been at higher risk of haemorrhaging and needing a hysterectomy,” she remembered. “The consultant said: ‘You might lose the chance to have another baby if you have a caesarean.’

“But I didn’t want another baby. I already had one and she needed me, so I insisted on doing everything they could to save her,” Lily said.

According to The Mirror, Ava was born by C-section on Dec. 28, weighing 1 pound, 4 ounces. Both she and her mother made it through the operation and now are thriving at home.

In mid-December, after 11 months in the hospital, Ava was deemed well enough to go home, her parents said.

“Despite being so isolated for so much of her life, she is such a happy and sociable baby,” her mother said. “She loves singing, and lights, and pulling my hair. She’s an absolute joy. She’s the best gift we ever could have asked for.” 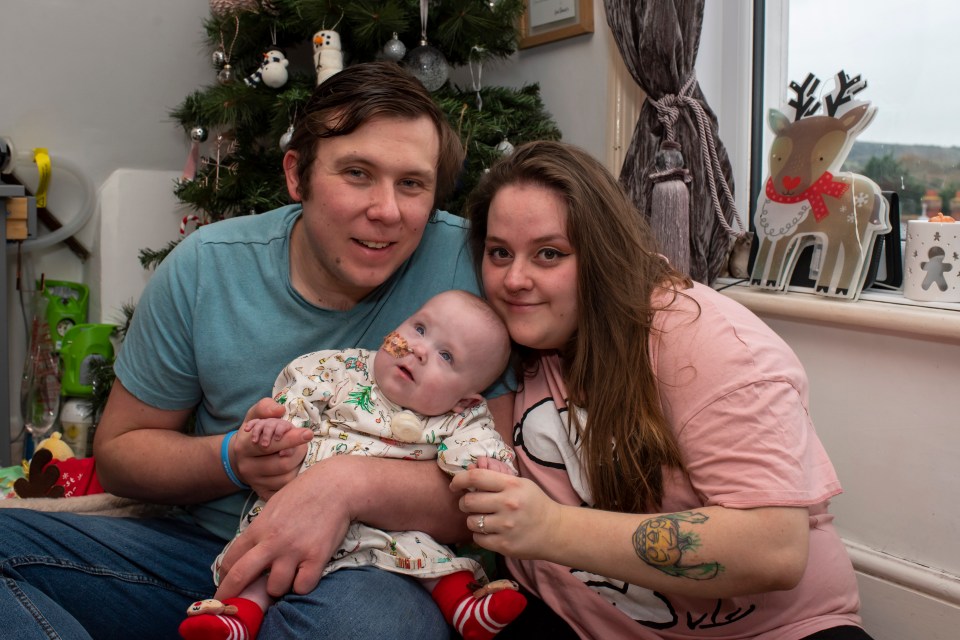