On a pro-life billboard in Oregon, someone spray-painted the hateful words “Kill them kids” on Jan. 2, the latest in a wave of attacks on pro-life organizations.

KOIN 6 News reports the vandal also painted black Xs over the baby’s eyes and covered up a pregnancy help phone number. The billboard is located on Sandy Boulevard in Northeast Portland.

ProLife Across America director Mary Ann Kuharski, whose organization sponsored the billboard, told KOIN that they plan to replace it with a new one. The billboard shows the photo of a baby next to the messages “Protect the babies” and “Heartbeat 18 days from conception.”

ProLife Across America sets up billboards across the country that promote the value of babies in the womb and direct women to pregnancy resources. Many have been vandalized in recent years.

The Portland Police Bureau told KOIN 6 News that it’s unclear if any police reports have been filed in connection to the vandalism at this time. KOIN 6 also reached out to ProLife Across America and the owner of the billboard, Outfront Media, about the incident.

In the past year, pro-life advocates have been targets of numerous acts of violence, including arson and vandalism, shootings and assaults. LifeNews, which kept track of the violence, estimated an average of four incidents per week in 2022.

After a leak of the Dobbs v. Jackson Women’s Health ruling in May and then the overturning of Roe v. Wade in June, Americans saw a massive crime wave by angry abortion activists. At least ten arson attacks were linked to pro-abortion extremism, including the firebombing of CompassCare in Buffalo, New York.

In November, FBI Director Christopher Wray admitted that most of the abortion-related attacks in 2022 targeted the pro-life movement. “Since the Dobbs decision, probably in the neighborhood of 70 percent of our abortion-related violence cases or threats cases are cases of violence or threats against … pro-life organizations,” he told a U.S. Senate committee.

Yet, there have been few arrests.

LifeNews compiled the list of attacks and other incidents in 2022 based on local news reports, police reports, and information from pro-life leaders, organizations and churches. 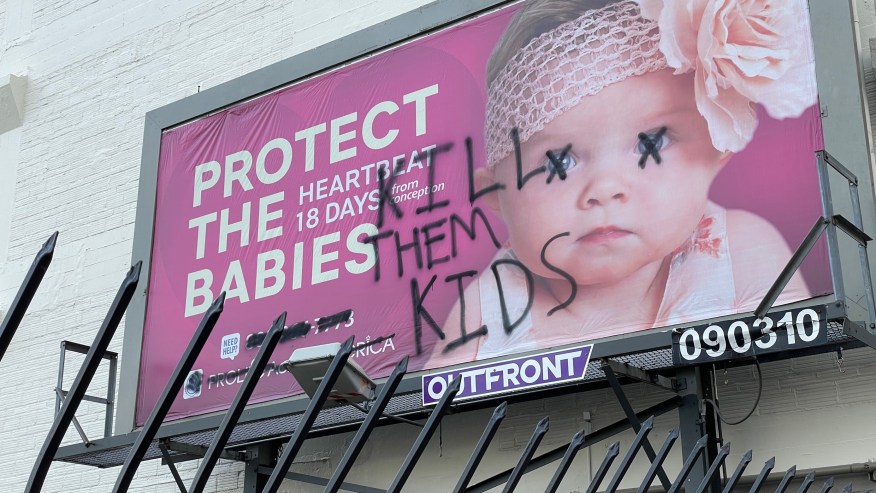