A baby, born weighing just 750g, who had to spend 102 days in hospital is now big enough and strong enough to spend her first Christmas at home with her family.

Baby Marley Hayes was born in April this year, at just 25 weeks gestation, only one week after the abortion limit in the UK. Doctors at the Doncaster Hospital did everything they could to delay her birth for as long as possible but her mother, Sophie Louise James, a primary school teacher, gave birth to baby Marley just four days after she was admitted into hospital.

Because Marley was so premature, she could not breastfeed and immediately had to be taken to the Neonatal Intensive Care Unit. She had a brain bleed and renal failure. At just two days old, Marley was found to have hypercalcaemia. This meant that the calcium level in her blood was too high and if it was not reduced, could result in death.

Her mother, Sophie, explained “Doctors were stumped about why it was happening. In the end she was taken off calcium completely”.

“So that meant she was taken off my breast milk and was living on bags of vitamins. She barely grew in four weeks”.

“Then she started on a low calcium version of formula called Locasol, and eventually she was allowed my breast milk”.

Sophie and Marley’s father, Lloyd, “desperately” wanted their baby to reach 4lbs – the weight at which they were told Marley could go home. After spending 102 days in hospital, though, Marley reached this milestone and was able to go home.

Sophie said “At one point we didn’t even think she’d see her first Christmas. It was something I didn’t even dare hope for. She couldn’t even drink my milk and wasn’t growing at all, it was awful”.

“We were constantly around parents who were losing their babies. We ended up just feeling so lucky. Marley had such a complex medical journey, but now she’s home she’s a super smiley baby, and even sleeps through the night”.

“She’s always got her octopus toy with her too, she’s had him from day one so it’s really amazing to see how much she’s grown”.

Sophie and Lloyd are looking forward to spending their first Christmas with their daughter. “I’ve already bought so many festive baby grows and outfits for her to wear. She’s going to look so sweet”, her mum said.

Almost four out of five babies born prematurely between 22 and 28 weeks gestation survive to discharge from the hospital according to recent research.

A study, ‘Mortality, In-Hospital Morbidity, Care Practices, and 2-Year Outcomes for Extremely Preterm Infants in the US, 2013-2018’, by Dr Edward F Bell of the University of Iowa, found that from 2013 to 2018, with infants born between 22 and 28 weeks gestation, “survival to discharge occurred in 78.3% and was significantly improved compared with a historical rate of 76.0% among infants born in 2008-2012”.

Right To Life UK spokesperson Catherine Robinson said “The outcomes for extremely premature babies are improving all the time and it is wonderful to hear that baby Marley will be able to spend Christmas with her family”.

“It remains a great source of sadness that, while our medical community does so much for premature babies, they are permitted to end the lives of babies in the womb at the same gestational age if they are disabled.” 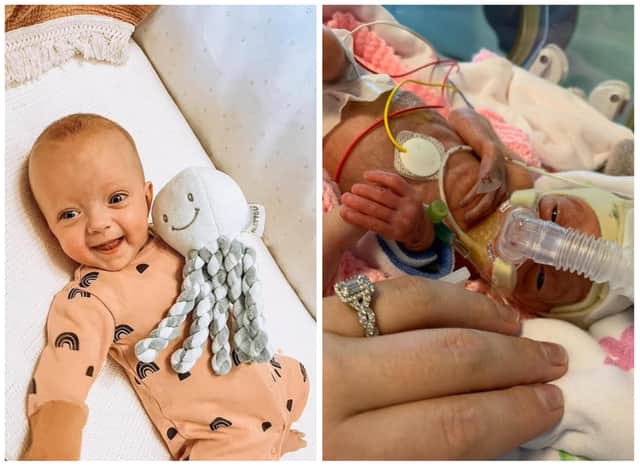