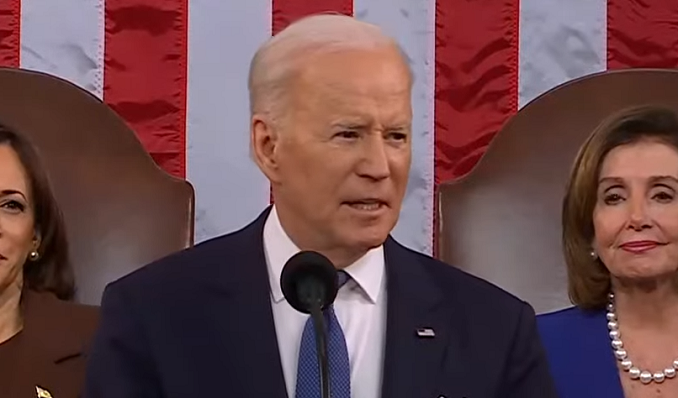 In the wake of this summer’s Dobbs v. Jackson Women’s Health Organization decision overturning Roe v. Wade, the Biden administration is seeking new ways of expanding abortion access to circumvent pro-life laws in some states and turn American taxpayers into accomplices to the killing of babies in the womb.

The latest strategy involves the use of tax monies to cover the costs of women traveling across state lines to abort their babies. Since Dobbs allows states to protect life by passing pro-life measures (and going into the 2023 legislative year, a number of states are likely to consider strong pro-life legislation), abortion advocates are now pushing hard to encourage pregnant women to cross borders wherever necessary to kill their unborn children.

For women who find that kind of travel cost-prohibitive, the president and his cohorts seek to ensure that the rest of us—regardless of our convictions on the sanctity of human life—foot the bill.

That plot should run up hard against the Hyde Amendment, a 1976 congressional act intended to block federal funding of abortion. Although the once-bipartisan measure is increasingly denigrated by activist officials, the U.S. Supreme Court has upheld its legality. And for decades, that measure has ensured that the American conscience is not violated through taxpayer-funded abortion.

But President Biden, despite supporting the Hyde Amendment for decades prior to running for president two years ago, now has cast that conviction aside in light of his administration’s determination to force a pro-abortion agenda on the country. While the results of the mid-term elections have placed some limitations on the administration’s ability to ram such measures through Congress, it continues working tirelessly to find new ways to undercut the Dobbs decision and harm the vulnerable women and children it protects.

One way of undermining those protections involves manipulating language. This fall, the U.S. Department of Justice’s Office of Legal Counsel issued a memorandum rubber-stamping the administration’s novel interpretation of the Hyde Amendment. It claimed that the provision’s ban on using public monies “to pay for an abortion” does not prohibit taxpayer-funded travel to obtain an abortion.

This new directive puts pro-life taxpayers in a position of complicity with the very evil they advocate against. Paying for abortion-related travel facilitates the abortion. And the fact that taxpayers were compelled to foot the bill against their will won’t necessarily do much to salve their consciences or comfort their souls.

This forced complicity is compounded by the fact that many, if not most, of those who oppose abortion do so based on profound religious beliefs and convictions. They believe that the child in the womb is an image-bearer, a unique human person with dignity and worth. “Thou shalt not kill” is still a divine command to many Americans. Unlike the Biden administration, they don’t see abortion as “health care” for women or their babies, but for what it is: the taking of an innocent human life.

Which means the current administration, in channeling these Americans’ mandatory tax payments toward support for the killing of babies, is effectively violating the consciences of many citizens.

Think of it: The government is compelling a vast number of its citizens to go against their own deepest sense of right and wrong or else be found criminally liable for failing to financially support that government—a government that, under the current administration, is working deliberately to circumvent federal law, undermine people’s constitutionally protected freedoms, and end the lives of unborn children.

It’s a situation that’s making Jesus’ directive to “Render unto Caesar what is Caesar’s, and unto God what is God’s” an increasingly difficult line for Christians to walk—and giving conscientious citizens more and more to think about as they consider our nation’s future.