A Florida family is celebrating a Christmas miracle that they spent five years hoping and waiting for: a son named Ethan.

WMBB reports Ethan Hendricks was born two months prematurely on Nov. 11 at Ascension Sacred Heart Emerald Coast in Miramar Beach. After overcoming a number of medical problems, the little baby boy is expected to be well enough to go home for Christmas next week.

“We tried to have a baby for five years,” his parents told WMBB. “We went through a lot of loss, a lot of doctor’s appointments, and a lot of just emotions and frustration from the whole infertility journey.”

Fawn and Bryan Hendricks said they decided to name their son after the main character in “Mission Impossible,” one of their favorite movies, according to the report. About three years ago, they said they were watching the movie again and decided, “You know what? We love this movie so much. We should name our son Ethan if we ever have a boy.”

Ethan’s weight recently surpassed 5 pounds, and his health continues to improve daily. His parents said they decided to wait to decorate for Christmas until they can take him home with them — likely within the next week.

Two years ago, the hospital where Ethan is, Ascension Sacred Heart Emerald Coast, opened the first neonatal intensive care unit in the area, and recently expanded to care for premature babies born weighing less than 3 pounds, according to the report.

“It’s great because it enables us to take care of more patients in their community without having to travel a long distance to seek neonatal care,” Dr. Philip Tatum, a neonatologist, told the news outlet. “So, we’re able to take care of the smaller babies who are often in the hospital for much longer.”

More hospitals are expanding care for very premature babies, too, as research shows more are surviving and thriving. 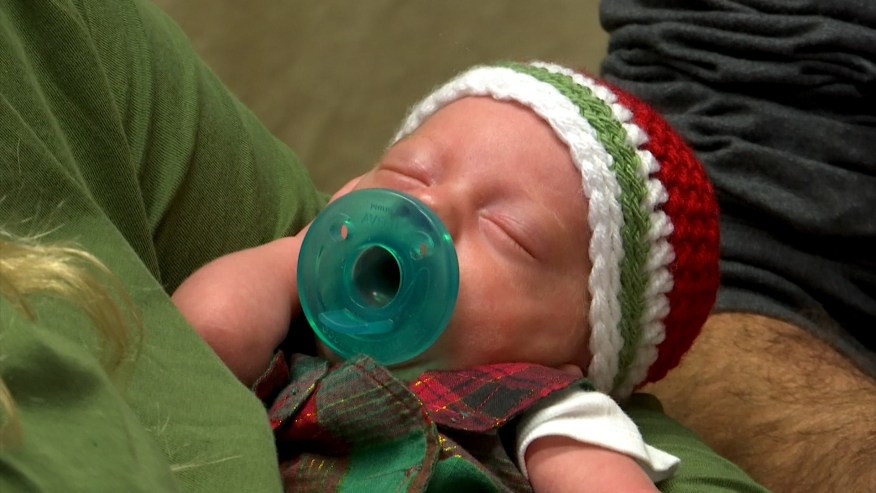