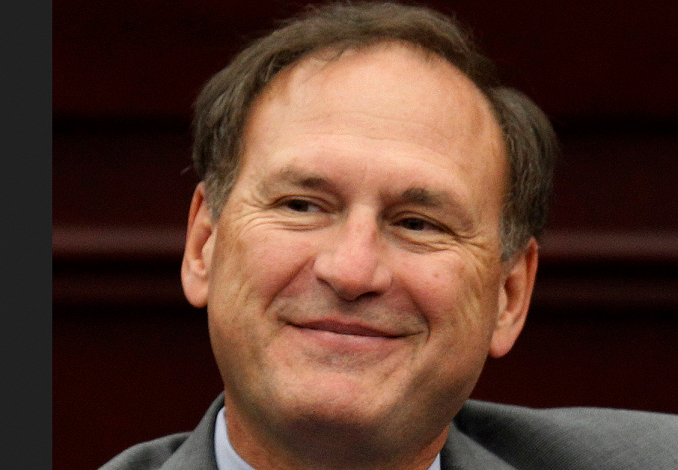 The House Judiciary Committee majority is bringing conservative-turned-progressive activist the Rev. Robert Schenck as a witness to a hearing on Thursday over allegations that Supreme Court Justice Samuel Alito leaked court opinions in 2014, despite the Supreme Court in 1996 deeming Schenck “not entirely credible.”

Thursday’s hearing, entitled “Undue Influence: ‘Operation Higher Court’ and Politicking at SCOTUS” comes as a report of the allegations that Alito leaked information to a couple who had contact with Schenck. The reverend is slated to be the Democrats’ star witness during the hearing despite the Supreme Court’s conclusion that Schenck was an unreliable witness.

In the 1996 case, Schenck v. Pro-Choice Network of Western New York, Schenck’s twin brother, Paul Schenck, was at the center of a lawsuit regarding attempts to “provoke” an escort outside an abortion clinic, according to the Buffalo News. Schenck was a witness on his brother’s behalf.

“At the hearing, the Schencks insisted that they were not present at 1241 Main Street on December 29, 1990 as part of Project Rescue. Rather, they contend that they were there only to evangelize and preach. The Court finds, however, that their testimony in this regard is not credible,” court documents obtained by Daily Caller News Foundation read.

The Court also questioned both brothers about allegations that they had switched clothes to mislead the pro-abortion advocates regarding Paul Schenck’s identity. When neither brother recalled the incident the Court stated that it believed “the Schencks’ inability to recollect the incident to be totally incredible.”

Despite this history, the House Judiciary Committee is set to listen to Schenck’s allegations published in a New York Times report claiming he obtained information about the Supreme Court majority opinion for the Burwell v. Hobby Lobby Stores, Inc. case after Alito had dinner with Schenck’s mutual friends.

Mark Paoletta, a partner with the law firm Schaffer Jaffe and Republicans’ sole witness for the hearing, told the DCNF that the committee was simply attempting to link Alito to the Hobby Lobby allegations and ultimately to the Dobbs leak.

“They’re connecting these two allegations, in my view baseless allegations, to connect Alito to the Dobbs leak,” he stated. “It’s completely false, but that’s what they’re trying to do.”

The reverend has a long history of attempting to influence conservative judges through prayer and conversation, according to Rolling Stone.

Schenck’s nonprofit Faith Action was designed  “to create an ecosystem of support for conservative justices, as a way of making them more forthright in their views,” according to Politico. Schenck fundraised donations based on the idea that he could influence the bench to overturn Roe, despite Schenck later admitting that he was only ever able to reach Justices Clarence Thomas, Antonin Scalia and Alito, who were already firmly pro-life, according to the Times report.

Gayle Wright and her husband, Don Wright, had dinner with Justice Alito and his wife in 2014 and Schenck alleges that following this dinner Wright called him and told him that Alito had told her and her husband the outcome of the Hobby Lobby Supreme Court case, according to the Times. Wright and Alito denied Schenck’s accusation.

Schenck’s claims were similarly denied by Paoletta, who told the DCNF that Schenck admitted in his own blog to being less than honest.

“[Y]ou have Robert Schenck, who is not a reliable narrator of the truth, as evidenced by his own admission that he is a self-confessed liar of consequential lies, I think he says on his blog, and that other federal courts have found him to be a liar,” he explained.

“In my 64-plus years, I’ve not only believed a fair number of consequential lies, I’ve promulgated them,” Schenck wroteon the blog. “Sometimes I did it knowingly, and at other times, unwittingly. I also protected lies told by others. I’m resolved not to do any of this anymore.”

Paoletta also questioned the intentions of the committee by bringing Schenck in as a witness, noting that the reverend’s claims have been denied by the two other individuals involved in the supposed leak.

“My understanding of the reporting is that Gayle, absolutely disputes that the Alitos disclosed anything to her,” Paoletta said. “I think the Democrats don’t want to have her come [to the hearing] because she would dispute what Rob Schenck is peddling.”

In 2015, Schenck joined forces with the great-grandniece of Walt Disney, Abigail Disney, for the documentary “The Amor of Light” focusing on the contradictions of being pro-life and pro-gun. In 2018, Schenck left Faith and Action and went to work full-time at the Dietrick Bonhoeffer Institute he’d started in 2016 with Disney’s help, according to CNN.

A year later in 2019, Schenck wrote an opinion piece for the Times explaining how he had pivoted from being pro-life to pro-choice.

“Over the last decade, I have changed my view on Roe. I’ve come to believe that overturning Roe would not be “pro-life”; rather, it would be destructive of life,” he wrote.

Schenck sent a letter to Chief Justice John Roberts dated June 7, 2022, according to the Times. The letter addressed Schenck’s concerns about the Dobbs leak that had occurred in May and explained he had known of an earlier leak regarding the Hobby Lobby decision in 2014.

“Considering there may be a severe penalty to be paid by whoever is responsible for the initial leak of the recent draft opinion, thought this previous incident might bear some consideration by you and others involved in the process,” Schenck wrote. “Of course, I would be happy to fully cooperate should you find any value in other details surrounding what I have transmitted here.”

The Times said that there were “gaps” in Schenck’s story, but concluded that after “months of examining Mr. Schenck’s claims,” it was likely that Schenck “knew the outcome and the author of the Hobby Lobby decision before it was made public.”

The Supreme Court and Schenck did not respond to the DCNF’s request for comment. Wright could not be reached for comment.