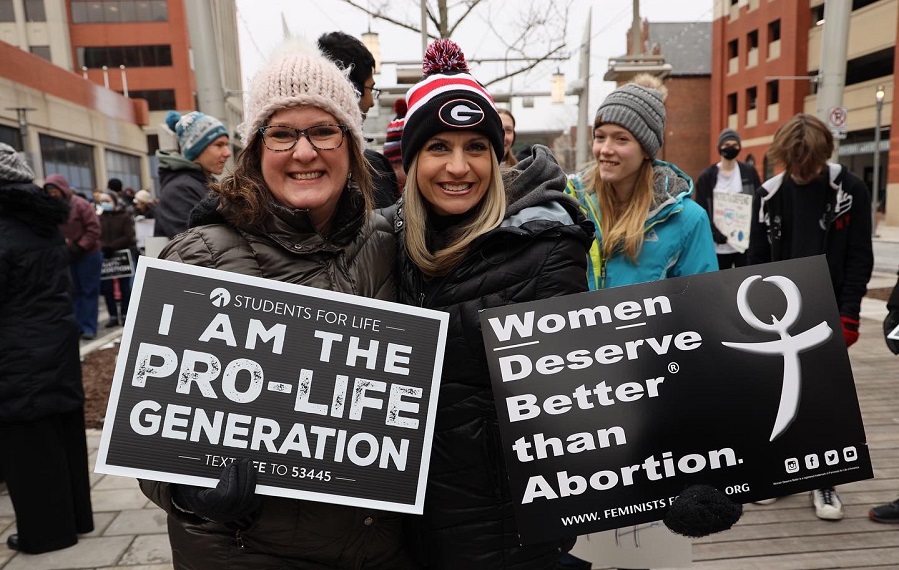 Journalists are being told not to use the terms “pro-life” and “pro-choice” when writing about abortion.

The Associated Press issued new guidelines for the topic of abortion Monday. The writing stylebook says to now “use the modifiers anti-abortion or abortion-rights; don’t use pro-life, pro-choice or pro-abortion unless they are in quotes or proper names. Avoid abortionist, which connotes a person who performs clandestine abortions.”

The Associated Press is the most common stylebook among journalists, used by news outlets on the political left and right, including The Daily Signal. However, the updated abortion guidelines are one set of writing rules The Daily Signal will not be following.

Words have power, and it is no secret that the media sometimes uses the power of words to shift or alter the narrative around an issue or story.

Replacing the term “pro-choice” and “pro-abortion” with “abortion-rights” inaccurately implies that women have a right to end the life of the child growing in their womb. The Declaration of Independence speaks of a right to “Life, Liberty and the pursuit of Happiness,” but neither the Declaration nor the Constitution provides a right to end a pregnancy through elective abortion.

The Associated Press Stylebook’s decision to replace the term “pro-life” with “anti-abortion” is another attempt from the left to paint the pro-life community in a negative light. The new phrasing is not reflective of the pro-life community that exists today, a community that consists of millions of Americans, more than 3,000 pregnancy care centers, and thousands who give of their time and resources every day to journey with women during and after unplanned pregnancies.

If news outlets want to represent the pro-life and pro-choice communities accurately, they will be wise to ignore these latest updates from the Associated Press Stylebook.