Second chances—they are real, and the results are life changing.

In fact, since 2012, statistics inform us that second chances in the form of reversing an abortion decision have saved a record 4,000 lives!

So, we celebrate the Abortion Pill Rescue® Network (APRN) and its more than 1,200 medical professionals who are committed to providing real health care to those women who have changed their mind after starting a chemical abortion.

We celebrate the impact on our world with the addition of 4,000 unique, never to be repeated lives.

Generations will rejoice in their milestones.

For more than a decade the abortion pill reversal protocol has been available to women who have experienced regret in their decision to abort their child.

If we believe in healthcare, choice, and the value of women, this is how we show it. We provide them with life saving opportunities then walk with them through the valley.

As the number of chemical abortions continues to rise and the dangerous pills become more widely available, the need to be there for women who experience regret and wish to try to save their child continues as well.

According to data directly from the abortion industry’s research arm, the Guttmacher Institute, more than fifty percent of all abortions performed in the United States are chemical abortions.

The claim is made that “medication abortion is a safe and effective option,” yet the two-drug regimen of mifepristone and misoprostol (aka the “abortion pill”) having been all but deregulated in this nation, is contributing to both a spike in use and complications.

An extensive study conducted by the Charlotte Lozier Institute (CLI) showed a dramatic increase in ER visits after a chemical abortion.

“The safety of chemical abortion is greatly exaggerated. In fact, the increasing dominance of chemical abortion and its disproportionate contribution to emergency room morbidity is a serious public health threat, and the real-world data suggests the threat is growing.”

As overseas organizations such as Aid Access seize the profitable opportunity to bypass what few regulations still exist, the number of women needing access to the reversal process will exponentially rise.

Recently the Abortion Pill Rescue Network expanded to include several hospital systems that saw the value in having the protocol available to their emergency departments.

“The option to continue a pregnancy should be available to all women – even those who first choose abortion. Regret occurs after abortion and sometimes that regret sets in right away. The thousands of women who have changed their minds after taking the first abortion pill and successfully reversed their chemical abortion frequently wish to share their joy in hopes of saving other moms from going what they have in beginning a chemical abortion. Their personal accounts directly counter claims about APR made by the abortion lobby. We are thankful for their bravery to make a different choice and overcome the challenges that first led them to an abortion decision. And we are thankful for the many lives saved – lives that were once reduced to another abortion statistic but who are alive and thriving thanks to the APR Network. We’ve assisted women in 77 different countries and all 50 states in the U.S. who wish to continue their pregnancies even after taking the first abortion pill.

Hospital systems adding the APR protocol as an order set is a big win for women who are seeking reversal care. Women should never be forced to continue with an abortion they no longer desire, and immediate care is now available in some hospitals. Women who present in an emergency department of these hospitals can now rely on the APR protocol to be immediately available to them. We also have a number of other healthcare systems working to also add their hospitals to our growing list of providers who agree that APR is an appropriate and effective treatment for those having regret after taking the first abortion pill.” 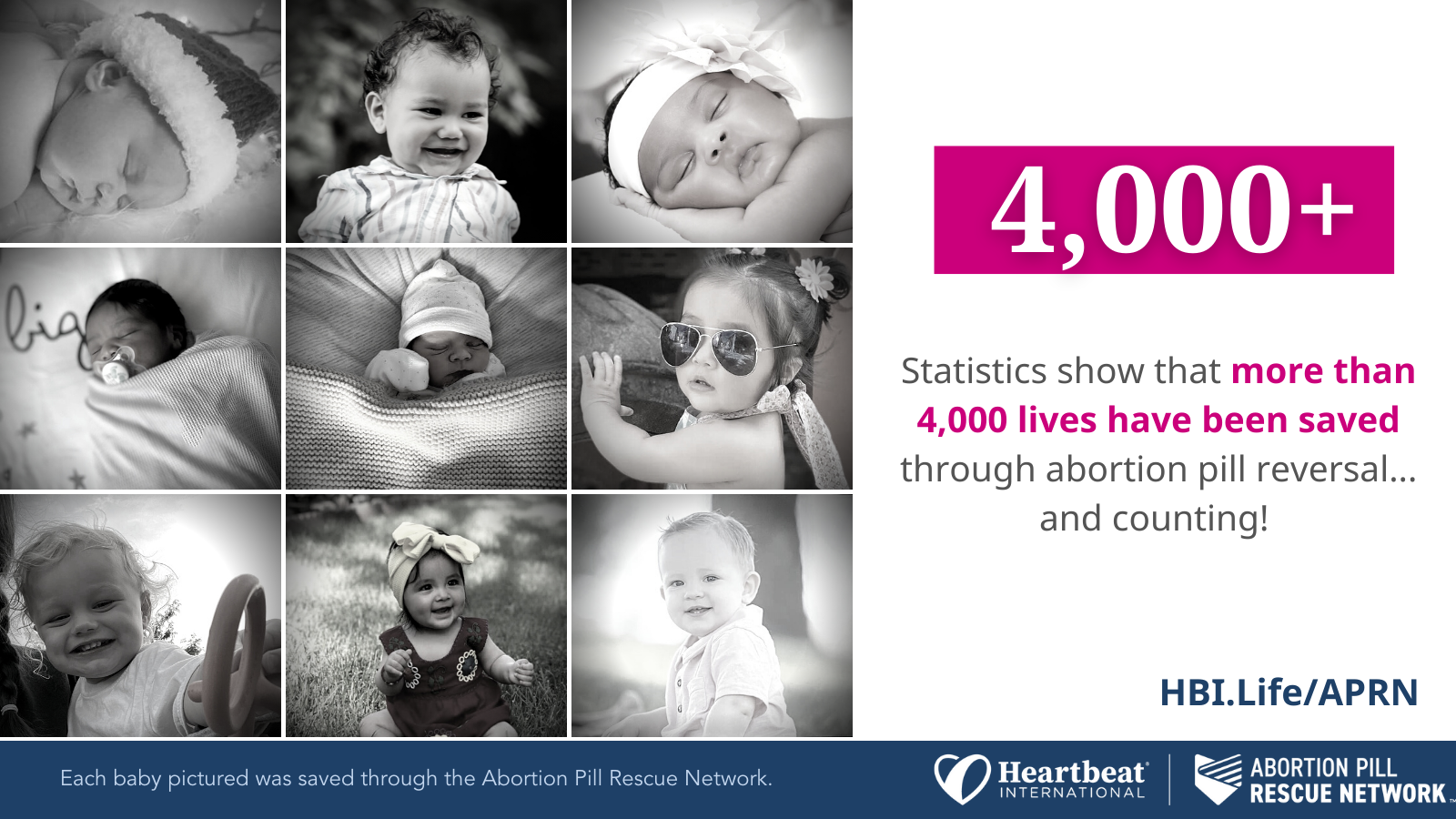 The expansion of the network and the pursuit of truth found its beginning with two doctors working independently but headed in the same direction.

Drs. George Delgado and Matt Harrison, named as pioneers of the abortion pill reversal protocol, sought to serve women as they pleaded to save their children. These brave doctors followed the known science and discovered that what appeared to be the end was just the beginning.

In reflecting on the last 10 years of working to save unborn children and their mothers from an unwanted abortion they are humbled by the latest milestone.

“What has really inspired and impressed me the most is the courage of the women who pursue reversal. In the face of denial by society, pressure from the abortion industry and those around them they move forward to do anything they can to claim that second chance. For these women to trust this process and me and do whatever they can to save their child’s life, that is the inspiration.”

And what about these women who made the choice to save their child? What do they have to say? Their voices matter and they have a powerful testimony as they live out their second chance.

In reflecting on her reversal experience Ashley exclaims, “I reversed my abortion…that’s mission impossible! What are the chances you find somebody that wants to help you?! Every night I lay down and let God know I am thankful for Him…” Read more of Ashley’s story HERE and HERE.

Every day there are brave women across the world who refuse to take no for an answer. They made a mistake and are seeking a second chance. Who has the right to deny them truth?

The Abortion Pill Rescue Network, it’s managing organization Heartbeat International, pregnancy help centers, and medical professionals are all dedicated to forming a safety net for all those facing big decisions. Truth, science, and love should guide our decisions as we provide real health care to these women, children, and families.

There are the faces, names, and souls behind the growing number. Their lives are valuable, and their stories are profound.

Their milestones are real and tangible and reflect the lives of their neighbors. Baptisms and graduations, first days of school and new friends, birthdays, and summer memories. Stories never to be repeated and work only they can do.

They are just waiting to leave their mark on the world.

Let’s celebrate what is to come!

LifeNews Note: Ashley Dewart serves as a Mission Advancement Officer for Heartbeat International. She spent more than a decade in law enforcement specializing in domestic violence and child abuse before answering the call of God to the pregnancy help movement where she now passionately lives out her Catholic faith serving the most vulnerable among us. She has experience leading a pregnancy help organization and has a special place in her heart for other leaders in this holy mission. This column originally appeared at Pregnancy Help News.