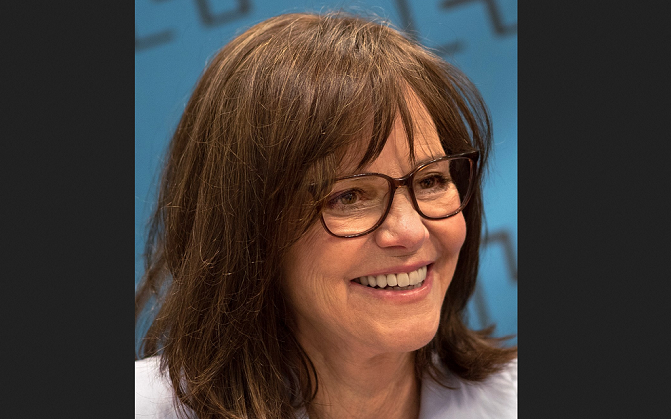 Actress Sally Field is no stranger to promoting abortion. For years she has celebrated her own abortion, defended ending the lives of unborn children and castigated pro-life Americans as supposedly heartless people because they support women and unborn children.

In a new interview with The View, she did it again.

Joy Behar recalled Field’s last appearance on the show for her memoir, in which she “wrote about a harrowing experience that you had. At age 17, you had to go to Tijuana to get a secret abortion before Roe v. Wade.” With that in mind, Behar prompted the actress for her response to the recent overturn of Roe.

“We have nothing to help those children once they’re born. Then what?” she said.

The pro-abortion antics from the actress are nothing new.

Earleir this year, Field lashed out at pro-life state leaders, claiming their efforts to protect unborn babies from abortion are “backward, so ignorant and really just power hungry.”

Field, known for her roles in “The Flying Nun” and “Gidget,” had an illegal abortion in 1964 when she was 17 years old, and her anger appears to come from a place of unresolved pain and trauma.

Speaking with Variety recently, the 75-year-old actress became upset when asked about states like Texas and Florida that recently passed laws banning abortions.

“Those men who are doing that, and they’re mostly male governors who are doing it, are so backward, so ignorant and really just power hungry,” Field said. “I think it’s criminal. They’re so wanting to roll back the achievements and important progress for women, for blacks, for the LGBTQ community.”

However, polls show public support for the Texas heartbeat law and the Florida 15-week abortion ban, including among women. A recent AP poll found strong public support for banning abortions after the first trimester (about 12 weeks), as the new Florida law does.

At age 17, after what she described as a sexual awakening, Field said she had an illegal abortion in Mexico, the Daily Mail reports.

“It would have been so much easier if I’d only felt one thing, if Jocko had been nothing but cruel and frightening. But he wasn’t,” Field wrote. “He could be magical, the Pied Piper with our family as his entranced followers.”

She said the abuse continued until she was about 14, when her mother divorced him.

Reports do not give may details about Field’s abortion, other than that she was 17 and had recently experienced a sexual awakening that she said was like “breaking out of my own brain.”

Field also writes about becoming pregnant at age 17, and travelling to Tijuana for an abortion. She recalls being given an injection that left her with blurred vision and a swollen tongue, adding that a mask was placed over her face while she was given a “white pill.”

The Daily Mail suggested Field used acting as therapy for her troubled past. According to the report:

Sally soon landed her first big gig on TV as ‘Giget’ and then ‘The Flying Nun,’ and her rise to stardom catapulted her into a different sphere.

‘I was no longer a member of the club anymore,’ Ms. Field writes. ‘The Human Club. I was a celebrity,’ she writes.

She used acting as her therapy. She sought complex roles such as the TV mini-series Sybil (1976) in which she played a woman with multiple-personality disorder.

She also won an Oscar for her the eponymous role in ‘Norma Rae’ (1979) in which she played a labor activist at a cotton mill which allowed her to express pent-up aggression.

In recent years, she has used her fame to advocate for the abortion industry. Last summer, she was spotted at the Tony Awards wearing a gold Planned Parenthood pin. Later, she tweeted about the event: “Sick of hearing actors talk re politics? 2 bad I won’t stay silent while politicians attack our rights. Proud to #StandwithPP.”