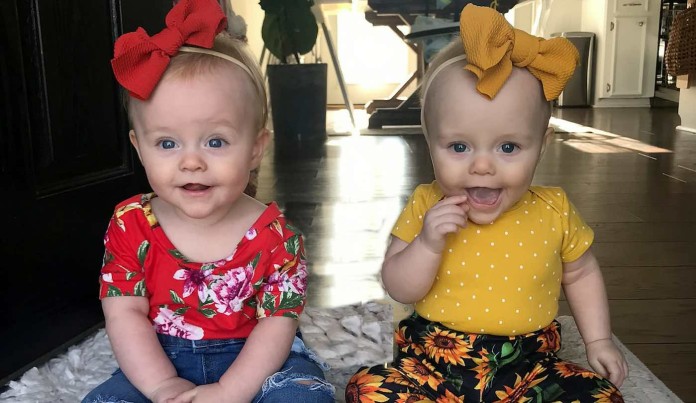 Doctors have credited a Texas twin for saving her sister’s life in the womb by sending “distress signals” that prompted their early delivery.

The Daily Mail reports identical twins Winnie and Poppy now are thriving at home with their mom and dad, Leah and Austin McBride, of Texas.

Leah McBride said her daughters were born prematurely in 2019 after Poppy’s heart rate dropped and doctors decided to intervene. After they were born, however, doctors discovered that Poppy’s health was not the problem, it was her sister, Winnie, who was struggling to survive.

“Our doctors told us, ‘I think your tiny twin saved her sister’s life,’” McBride remembered. “They think she was sending out distress signals because she knew her sister wouldn’t survive if they weren’t delivered then.”

In early 2019, McBride said she nearly lost both girls after being diagnosed with a severe case of twin-to-twin transfusion at 21 weeks of pregnancy. As often happens in cases of multiples, doctors recommended a “selective abortion,” meaning killing one baby to give the other a better chance at surviving.

McBride said doctors urged her to abort Poppy, but she refused.

“There was already a 48 percent difference in the girls’ size and they were worried that Poppy would have a heart attack as she was passing all the nutrients to Winnie, and they thought Winnie might have a stroke,” McBride said. “But I didn’t want to choose one baby over the other.”

She and her husband sought a second opinion, and doctors at the Memorial Hermann Hospital in Houston gave them hope, according to the report. Specialists recommended surgery to correct the imbalance in blood flow and nutrients between the twins, and McBride agreed. The surgery was a success, and both twins survived.

A few months later, near the end of her 31st week of pregnancy, McBride said doctors noticed that Poppy’s heart rate had fallen and decided that they needed to be delivered.

The twins were born May 24, 2019 with Poppy weighing 1 pound, 11 ounces and Winnie weighing 3 pounds, 8 ounces, according to the report.

Interestingly, Poppy rallied quickly and doctors instead became very concerned about Winnie instead, their mother remembered.

“Her lungs were underdeveloped. They weren’t sure if she was going to make it,” she said.

Later, they speculated that Poppy’s heart rate may have dropped because she was in distress for her sister. They believe she was sending a kind of sign to the doctors – a sign that saved her sister’s life.

At just 14 days old, Winnie underwent surgery to remove fluid from her brain, and both girls spent more than 50 days in the hospital before they grew strong enough to go home, according to the report.

Three years later, the McBrides said their daughters are healthy and strong.

“Even now Poppy takes care of Winnie even though Poppy is still much smaller,” their mother said. “I love having a big and little. They are so close – it’s sweet. … I tried to move their beds apart recently and they weren’t having it. They are both amazing.”