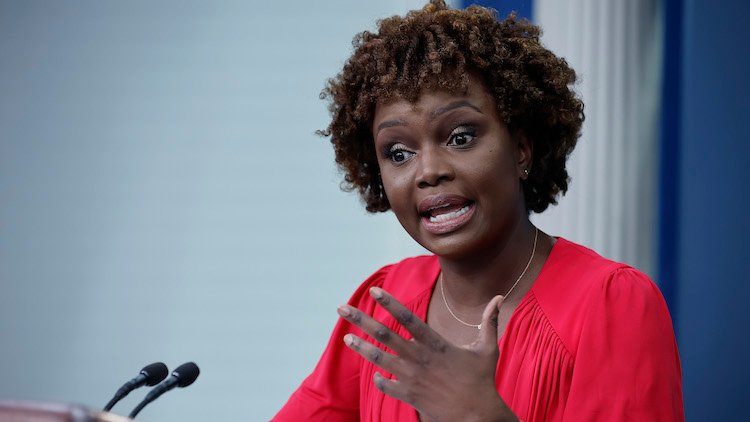 The Biden administration is fresh from a defeat in court, where it saw its aboriton mandate blocked as it tried to force Christian doctors to perform or promote abortions. But that didn’t stop Pierre from promoting abortion anyway.

“This is something that women care about. They want us to continue to fight for their rights,” she said in a response to a reporter’s question.

Karine Jean-Pierre on abortion: “This is something that women care about. They want us to continue to fight for their rights.” pic.twitter.com/1YRuO6SSXo

But the truth is women don’t want aboritons and there are plenty of alternatives. As one pro-life doctor notes:

Something else has changed over the last half-century, something that I see in my volunteer work. The pro-life community has built, through hard work and sacrifice, a national, thriving network of pregnancy care centers dedicated to helping at-risk mothers and their babies.

These pregnancy care centers exist to provide real alternatives for women who too often think their only choice is abortion. Volunteers and supporters understand that it would be wrong to defend the lives of vulnerable unborn children from elective abortion while ignoring the real challenges faced by their mothers and fathers. Pregnancy care centers are a refutation of the baseless charge levied at pro-lifers — that they care only that those babies are not destroyed, that they don’t care at all about the babies or their families once the child is born.

Day after day, volunteers and staff at these centers address the obstacles facing each expectant mother. The obstacles are often substantial: poverty, insufficient access to maternity care, precarious living and employment situations, a lack of job training and relationship skills. The people at these centers try to help the women who come to them to overcome these obstacles, and they do this with great enthusiasm and more love.

At an abortion facility, by contrast, an expectant mother is offered exactly one option: abortion. She’s told that a simple, quick surgical procedure or the ingesting of a couple of pills will put this little episode behind her as though it had never happened. And if she cannot afford to pay the facility’s hefty fees, perhaps an adjustment can be worked out.

The good news is that many states have been quietly stepping up funding for these facilities. Their legislatures are responding to the wishes of constituents who want to provide compassionate alternatives for mothers at risk. My fellow Floridians, along with our friends in Texas and Pennsylvania and elsewhere, don’t want women to be driven to abort. We reject the worldview of Planned Parenthood and others who talk about “choice” but have only one option on their menu. Does choice really exist when other alternatives are nonexistent or impossible to achieve?