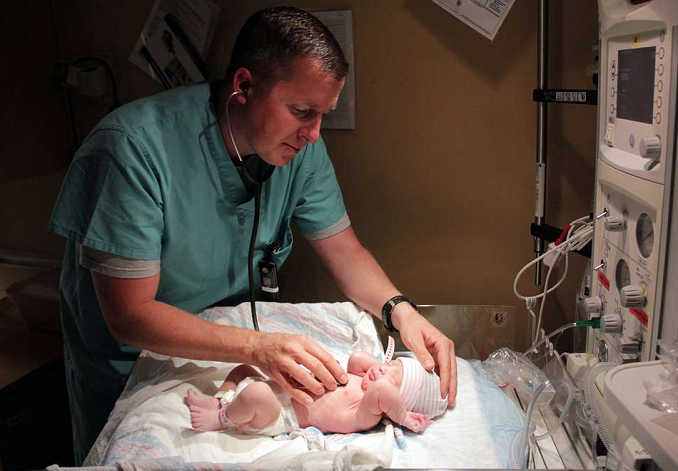 Many hospitals across the U.S. have policies that prohibit or strictly limit abortions – another confirmation that killing unborn babies is not health care.

Hospitals save pregnant mothers’ and babies’ lives every day, providing emergency medical care, pregnancy and delivery services, care for premature babies, miscarriage and ectopic pregnancy treatment, and so much more. But abortions – contrary the claims of the pro-abortion movement – are not recognized as “essential health care” by many of these life-saving medical facilities.

Even in states where abortion on demand is legal, many hospitals have policies that prohibit or limit abortions, former Planned Parenthood executive Emily Stewart wrote this week in a column at Health Affairs.

Stewart, the executive director of Community Catalyst, claimed these hospitals’ anti-abortion policies “stand in the way of advancing health equity” and put women’s lives at risk.

However, she did not cite any examples of women dying or being seriously harmed as a result of the supposedly “dire situation.” That is because hospital anti-abortion policies do not stop doctors from providing life-saving medical care to pregnant mothers. State pro-life laws do not either.

Stewart said there are policies restricting or prohibiting abortions in both public and private hospitals across America.

Policies prohibiting or sharply restricting abortion exist at some public hospitals, such as those run by certain municipalities, local hospital districts, or the Indian Health Service (which is governed by the discriminatory Hyde Amendment restrictions on use of federal funding for abortions), disproportionately affecting people with low incomes. Some non-profit hospitals – including Adventist, Baptist and Evangelical Lutheran hospitals, as well as secular ones, especially in the South – also have policies prohibiting their providers from performing abortions.

But the most expansive refusal policies can be found in Catholic health systems, which now include three of the nation’s six largest private health systems and are expanding rapidly through acquisitions of physician practices, urgent care centers, retail health clinics and ambulatory surgery centers.

In Washington state, where abortions are legal for basically any reason through all nine months and taxpayer-funded, 41 percent of hospital beds are in Catholic facilities, she said, citing research from her organization. Similarly, more than one fourth of all hospital beds in pro-abortion Oregon, Colorado and Illinois also are in Catholic hospitals, according to the research.

“Moreover, in 52 geographic regions around the country, a Catholic hospital is the sole provider of hospital care, leaving patients with little other choice, that same report found,” she said.

Stewart argued that these policies are harming women, but the evidence indicates the opposite. The fact that these policies are prevalent and long-standing in hospitals – highly-skilled, intricate medical facilities dedicated to healing and saving people’s lives – shows that aborting unborn babies is not necessary or good medical care.

Tens of thousands of doctors confirm this. In 2021, the Alliance for Hippocratic Medicine, which represents more than 30,000 physicians and other healthcare professionals, told the U.S. Supreme Court in a brief that abortions are not health care and more than 90 percent of OB-GYNs do not provide them.

“As physicians and other healthcare professionals, we know that when we care for pregnant women, we are caring for two distinct patients,” the alliance said.

Prominent OB-GYNs also have been correcting false information about pro-life laws and ectopic pregnancy and miscarriage treatments. In a video earlier this year, Dr. Christina Francis, of the American Association of Pro-Life OB-GYNs, said she worked at a Catholic hospital during her residency that did not do abortions, and she and the other doctors treated women with ectopic pregnancies and miscarriages.

“I’ve never needed to perform an elective abortion, and yet I’ve been able to take care of women with ectopic pregnancies and miscarriages throughout my career,” she said. “… And my ability to treat these conditions would not be hindered by a state outlawing abortion.”