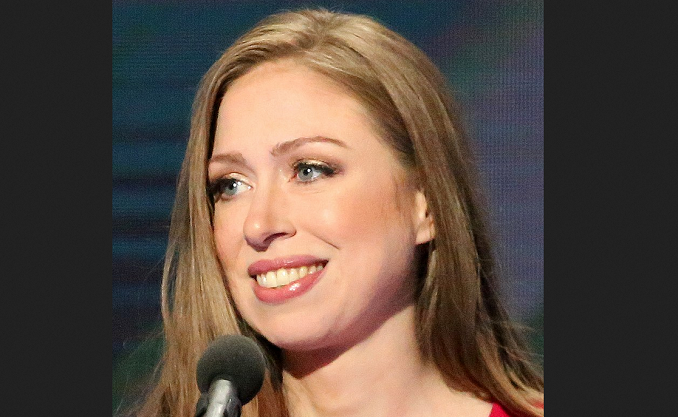 Chelsea Clinton linked abortions to “democracy” during a conference Tuesday in Boston, asserting that killing unborn babies is a “fundamental human right” that the government must protect.

The daughter of former President Bill and Hillary Clinton, both she and her parents are vocal proponents of abortion on demand.

During a panel discussion about abortion at the STAT Summit this week, Chelsea Clinton claimed pro-life Republicans did not win more victories in the midterm elections because Americans support abortion and “democracy,” according to STAT News.

“Protecting a woman’s fundamental human right and agency and also our democracy were the most important considerations when they were casting their votes,” Clinton said. “I’d like to establish that, of course, there’s a connection between supporting our democracy and ensuring that women are able to fully participate in the civic and social life of our country.”

She did not explain how aborting unborn babies in elective procedures is democratic or how killing unique, living human beings before they are born is a “human right.”

However, Clinton did signal her support for radical pro-abortion legislation that would force states to legalize abortions for basically any reason up to birth.

“While I loathe that it is being fought in the political arena, it is where we have to have this fight,” she said on the panel, according to the report. “Until we codify abortion rights at a federal level, abortion is on the ballot in every election.”

Democrats’ federal “codify” abortion bill is more extreme than the overturned Roe v. Wade. Nicknamed the Abortion Without Limits Up to Birth Act, it would force states to legalize abortions for basically any reason up to birth and force taxpayers to pay for them. The bill, which Democrats named the Women’s Health Protection Act, also would end parental consent for minors and jeopardize conscience protections for doctors and nurses who refuse to abort unborn babies.

Polls consistently show that Americans support limits on abortion, including parental consent and bans on taxpayer funding for elective abortions.

A Catholic archbishop recently described the legislation as “child sacrifice,” saying it’s what “one would expect from a devout Satanist, not a devout Catholic” – a reference to supposed Catholic U.S. House Speaker Nancy Pelosi’s support for the bill.

During the panel discussion Tuesday, Clinton also described herself as a “church-going American” who just does not want to force her beliefs on others, according to STAT News. But she never has been pro-life.

A few years ago, Clinton even claimed she quit going to church as a child because it opposed abortion.

“I find it quite insulting sometimes when people say to my mom, my dad or me . . . that they question our faith,” she said at a 2016 fundraiser for her mother. “I was raised in a Methodist church and I left the Baptist church before my dad did, because I didn’t know why they were talking to me about abortion when I was 6 in Sunday school — that’s a true story.”

The Clintons have fought to keep the killing of unborn babies in abortions legal for decades. Under President Bill Clinton’s administration, the FDA approved the abortion drug mifepristone, which led to the deaths of millions of babies and dozens of women in the U.S.