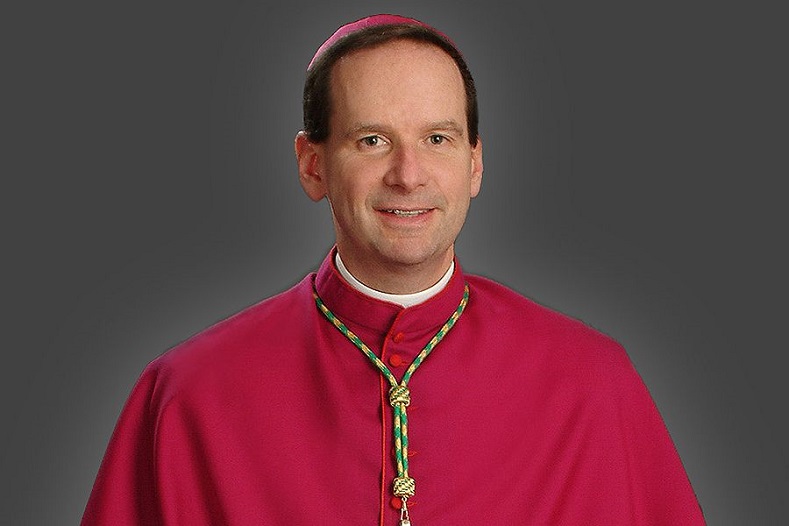 The nation’s Catholic bishops have elected a new chairman of their pro-life committee who supported denying Nancy Pelosi communion because she is a radical abortion activist.

The United States Conference of Catholic Bishops elected Bishop Michael Burbidge of Arlington, Virginia as the new chairman of the U.S. bishops’ pro-life committee. According to a CNA report, they chose Burbidge over Bishop W. Shawn McKnight of Jefferson City, Missouri, by a vote of 174-63.

Archbishop William E. Lori of Baltimore was previously chair of the Committee on Pro-Life Activities and the nation’s bishops elected him yesterday as their new vice president.

Earlier this year, San Francisco Archbishop Salvatore Cordileone notified Pelosi that she may not receive communion unless she repents of her radical pro-abortion actions. After the notification, she defied his decision and received communion at a Catholic church in Washington. Immediately, Bishop Robert Vasa, who heads the diocese where Pelosi has her vacation home, also denied her communion.

“After numerous attempts to speak with her to help her understand the grave evil she is perpetrating, the scandal she is causing, and the danger to her own soul she is risking, I have determined that the point has come in which I must make a public declaration that she is not to be admitted to Holy Communion unless and until she publicly repudiate her support for abortion ‘rights’ and confess and receive absolution for her cooperation in this evil in the sacrament of Penance,” the archbishop said at the time.

Burbidge extended the communion ban that Pelosi’s home bishop in San Franciso put in place — saying it now applies to her if and when she visits any Catholic church on the Virginia side of the nation’s capital.

He explained that the decision was “pastoral, not political” and said the communion denial was not a punishment but a way of encouraging someone to repent and get right with God.

Bishop Joseph Strickland of Texas also banned Nancy Pelosi from receiving communion “until she repents and stops advocating the murder of children.”

In October, Burbidge denounced Biden’s stated intention to sign a bill for abortions up to birth, saying, “The role of Congress is to pass laws that serve the common good — and yet this priority of the president only brings about pain and death.”