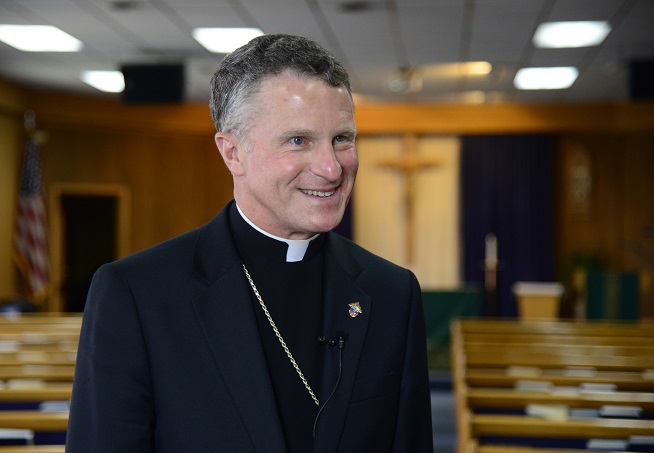 The U.S. Conference of Catholic Bishops elected outspoken pro-life Archbishop Timothy Broglio of the Archdiocese for the Military Services to be its next president on Tuesday.

The bishops supported Broglio for a three-year term in a 138-99 vote, according to the Catholic News Agency. They also elected Archbishop William E. Lori of Baltimore as vice president in a 143-96 vote. Lori, the current chair of the bishops’ Committee on Pro-Life Activities, recently criticized President Joe Biden, a supposed Catholic, for his “tragic” and “gravely wrong” pro-abortion agenda.

Broglio also has been a strong defender of the sanctity of human life and religious freedom. As the archbishop for the U.S. Military, he recently defended soldiers’ right to refuse the COVID-19 vaccine on religious freedom grounds.

“No one should be forced to receive a COVID-19 vaccine if it would violate the sanctity of his or her conscience,” he said in October 2021, noting how some vaccines were developed with cell lines created from aborted babies.

In 2012, Broglio also criticized the Obama administration for its Obamacare HHS mandate, which forced religious employers to pay for coverage for employees that includes birth control and drugs that may cause abortions.

“The Administration has cast aside the First Amendment to the Constitution of the United States” in a way that is “denying Catholics our Nation’s first and most fundamental freedom, that of religious liberty,” he wrote at the time.

“And, as a result, unless the rule is overturned, we Catholics will be compelled to choose between violating our consciences or dropping health care coverage for our employees (and suffering the penalties for doing so),” the archbishop continued. “We cannot—and will not—comply with this unjust law.”

In 2021, Broglio led the annual Vigil for Life at the Basilica of the National Shrine of the Immaculate Conception in Washington, D.C., marking the anniversary of Roe v. Wade. During the service, he affirmed “the dignity of every human person from conception to natural death,” and described Roe as a terrible “error” that “cost 65 million lives” and wounded millions of mothers and fathers.

Broglio, 70, who grew up in Cleveland Heights, Ohio, also is a board member of the National Catholic Bioethics Center, a pro-life research organization, according to CNA.

He and Lori will lead the USCCB at a time when pro-abortion activists and lawmakers, including those who claim to be Catholic, are pushing a radical pro-abortion agenda to legalize abortions up to birth nation-wide and force taxpayers to pay for them. The bishops’ conference advocates against pro-abortion laws and for legal protections for unborn babies as well as for resources to help pregnant and parenting mothers in need.