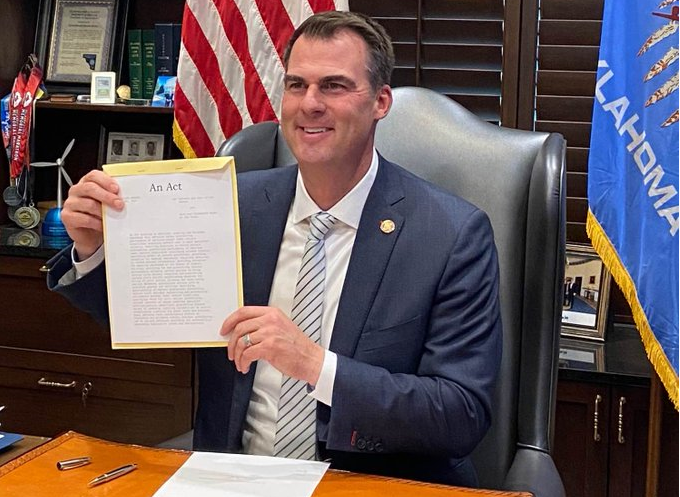 Republican Kevin Stitt won his reelection bid in the Oklahoma Governor race, defeating Democrat opponent Joy Hofmeister by a very comfortable margin after Democrats claimed he would be defeated for signing an abortion ban.

Multiple news outlets called the race for Stitt, who was leading Hofmeister by 16 points.

“Governor Stitt has kept his promise to sign every pro-life bill that reaches his desk, signing some of the nation’s strongest protections for unborn children and their mothers into law and potentially saving thousands of lives a year. Tonight, pro-life voters stood with him and gave him four more years to defend life in the Sooner State,” said SBA Pro-Life America President Marjorie Dannenfelser. “Oklahomans reject the Democrats’ agenda of abortion on demand until birth, and the contrast between their extremism and Governor Stitt’s leadership in promoting compassionate, life-affirming policies couldn’t have been starker in this race. We hope pro-life leaders across the nation will follow Stitt’s bold example and be encouraged by the clear message sent tonight: life is winning.”

Stitt signed into law the most protective abortion ban in the country.

The measure is a Texas-style law that includes a private right of action as enforcement — but instead of protecting babies at six week when their heartbeat can be detected as the Texas law does, it starts protecting unborn children at conception when their life begins. The Texas abortion ban is a unique law that has been on the books for over 260 days and saved as many as 17,000 or more babies from abortions.

In his signature message, Governor Stitt said: “I promised Oklahomans that as governor I would sign every piece of pro-life legislation that came across my desk and I am proud to keep that promise today. From the moment life begins at conception is when we have a responsibility as human beings to do everything we can to protect that baby’s life and the life of the mother. That is what I believe and that is what the majority of Oklahomans believe. If other states want to pass different laws, that is their right, but in Oklahoma we will always stand up for life.”