Today, we know of 310 babies saved from abortion in response to your prayers since September 28. That number will continue to grow as more reports come in over the next few weeks!

A couple came to Planned Parenthood in York, Pennsylvania, troubled by news of their pregnancy.

Fortunately, Kelly was there to offer help and to talk them through their options.

“[The expectant mother] was listening to every word Kelly said,” reported Tom, the local campaign leader.

The couple sat in the car for 20 minutes. Finally, the expectant father put a hand-written sign up to the vehicle’s window to announce their choice.

It simply read, “Adoption.” The child is one of four spared from abortion in York this fall!

Tom said Planned Parenthood has tried to throw vigil participants off by switching the days each week that abortions are provided. “But don’t worry; we have every day covered [at the vigil].”

Tom also shared that a mobile ultrasound unit is now stationed across the street from Planned Parenthood three days a week. That’s a much better option for moms in crisis than Planned Parenthood’s ridiculous abortion RVs! 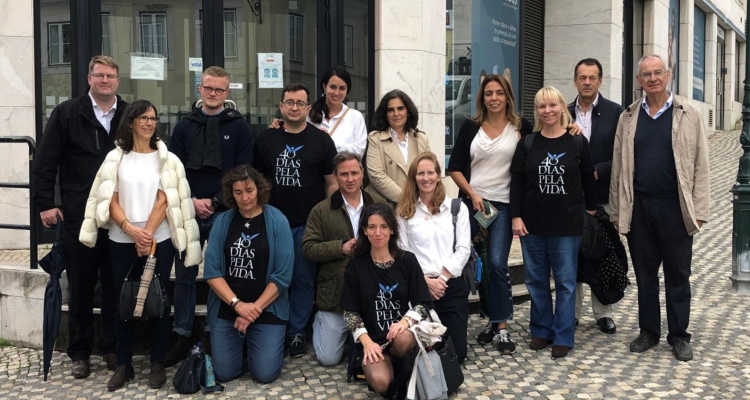 40 Days for Life general counsel Matt Britton was set to speak at Portugal’s March for Life. Unfortunately, the event was canceled due to a major storm.

“During our visit, one baby was saved from abortion due to the 40 Days for Life vigil!” Tomislav shared.

Over the last few years, the Lisbon vigil–which takes place in front of Portugal’s only freestanding abortion facility–has saved dozens of babies from abortion.

Matt, Robert, and Tomislav used their visit to plant seeds that will hopefully result in new vigils spreading across the country. 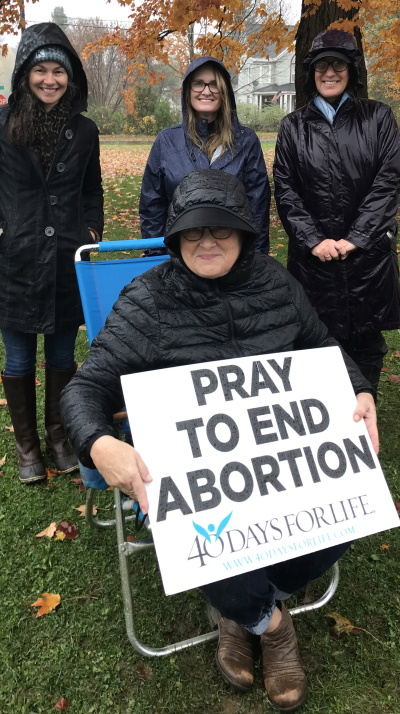 “Standing in prayer makes a difference!” announced Peggy, the campaign leader in Houlton.

A woman approached vigil participants to share that their presence saved the life of her grandchild.

“The woman said her daughter was determined to abort her baby and had the surgery scheduled,” Peggy explained.

But when the abortion-minded woman drove by the vigil site, she saw a prayer warrior wave at her. When the expectant mother saw the vigil signs, she knew she couldn’t have the abortion. 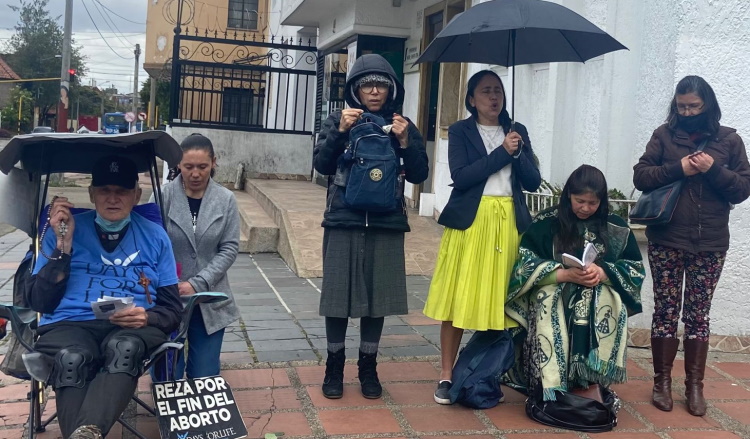 A mother expecting her 11th baby was about to have an abortion due to fears about her age and financial situation.

But when a 40 Days for Life sidewalk counselor offered help, the woman decided to think things through a little longer. A few days later, she chose life!