Kamala Harris and former Hillary Clinton teamed up for a campaign event Thursday to urge New Yorkers to vote Democrat in November to keep abortion on demand legal.

The New York Times reports the two Democrat leaders appeared at the Manhattan rally with Gov. Kathy Hochul, a pro-abortion Democrat who is facing an unexpectedly competitive race against Republican candidate Lee Zeldin.

Harris and Clinton both brought up aborting unborn babies as a reason to vote for Hochul while accusing Zeldin of wanting to “turn back the clock” on women’s so-called right to abortion on demand.

“Of course they want to turn back the clock on abortion. They spent 50 years trying to make that happen,” Clinton said, the AP reports. “They are determined to exercise control over who are, how we feel and believe and act in ways that I thought we had long left behind.”

“We’re going to need people in the statehouse, at a local level, who have the courage to stand up and push back” against pro-life legislation, the vice president told rally-goers.

New York has some of the most extreme pro-abortion laws in the country. Aborting unborn babies is legal for basically any reason up to birth and taxpayers are forced to pay for them. The state does not require that a parent consent or even be informed if their child has an abortion either.

Democrats nationwide have hoped that women alarmed by the Supreme Court’s decision and moves by Republican-led states to limit access to abortion would be energized to vote for them. A number of polls in the state governor’s race have shown Ms. Hochul with a significant lead among women.

But national polls looking at the contest for control of Congress have found women to be shifting their support from Democrats to Republicans, particularly as crime and the economy have become more significant issues for voters.

Although Hochul identifies as Catholic, she has a radical pro-abortion record. A former congresswoman, she had a 100-percent pro-abortion voting record from NARAL Pro-Choice America.

She also supported a radical pro-abortion state law that caused national outrage when it passed in 2019. The law expanded late-term abortions in New York and repealed a law that provided justice for unborn babies killed in crimes against their mothers.

Then, this year, her administration created a new $15 million abortion fund to “expand access to medical and/or procedural abortion services,” according to the New York State Department of Health. According to the grant application, the more unborn babies that an abortion facility aborts, the more money it can receive – up to $250,000 tax dollars.

Hochul initially was presumed to win re-election, but a New York Times headline last week described the race as “too close for Democrats’ comfort” as polls show Zeldin gaining ground. An October Quinnipiac poll found Hochul with only a narrow lead, while a Co/efficient poll showed Zeldin ahead.

New York has some of the highest abortion numbers of any state in America. According to the Guttmacher Institute, there were 105,380 abortions in 2017. It also has the second-highest number of abortion facilities in the country at 89, a recent ANSIRH study found. 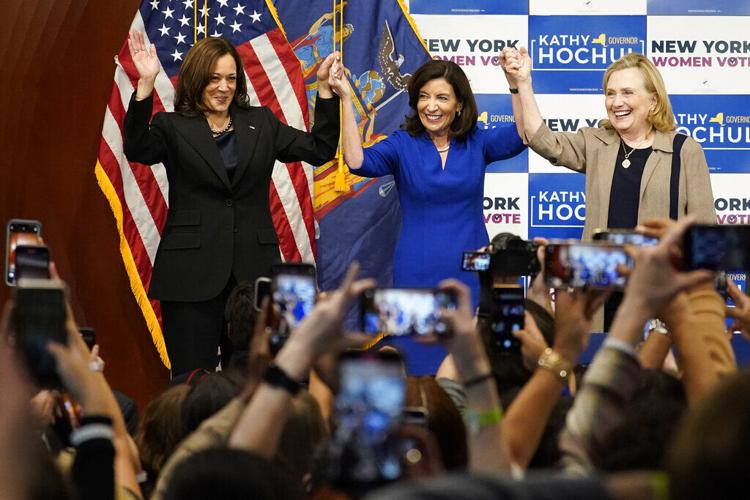