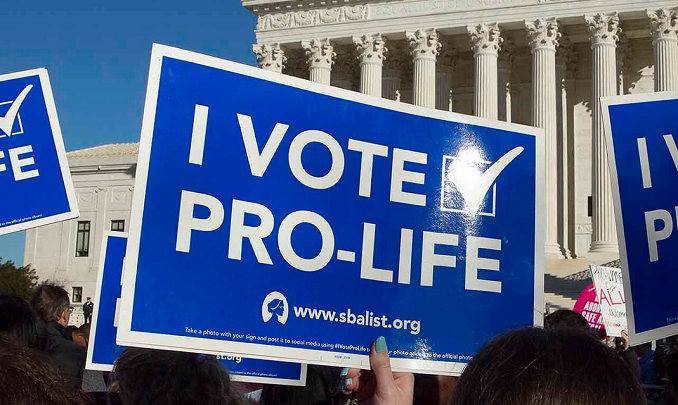 Democrats are spending more money on abortion ads than on any other issue by a massive margin in five hotly contested gubernatorial races, according to The Washington Post.

Democratic candidates and groups spent 45% of their TV ad money on the abortion issue for gubernatorial races in Wisconsin, Michigan, Arizona, Georgia and Pennsylvania, according to a Washington Post analysis of data from AdImpact. Democrats had spent more than $41 million on abortion ads for these races by Oct. 31, despite numerous polls finding that abortion is not a top issue for most voters.

“We knew this would be a big point in our messaging,” Sam Roecker, senior adviser to Democratic Wisconsin Gov. Tony Evers, told Post. He said the overturning of Roe v. Wade “really put this into focus because we were left with an abortion law from 1849, which passed one year after Wisconsin became a state, that has shut down all abortion providers.”

Abortion is the most important issue for only 5% of voters, according to a July Monmouth University poll, and only 8% of respondents said abortion was the most important issue to them in a separate Cygal poll in July. Another poll found that the economy played a major role in determining the votes of 81% of respondents, along with 80% who said inflation played a major role in determining their vote.

After abortion, education and crime were the next most heavily covered issues, receiving 10% and 8% respectively of Democrats’ TV ad spending, according to The Washington Post.