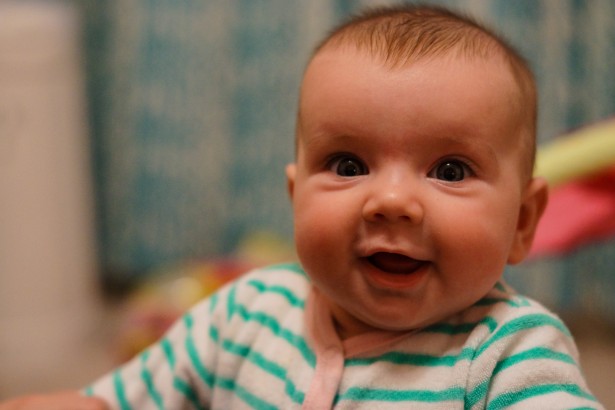 In spite of unprecedented persecution from the FBI…

…it’s still safe to pray at your local 40 Days for Life vigil. In case you missed it, check out my recent video blog explaining why you can join your local campaign without fear: youtube.com/watch?v=nCnYNq5k18M.

Your prayers have been effective this campaign, saving 184 babies since September 28!

A Planned Parenthood client in Aurora, Illinois, told a sidewalk counselor that he was pro-life and didn’t want an abortion…

…but that he and his unborn baby’s mother already had two children and were struggling financially. Like many abortion-minded couples, they weren’t pro-choice. They felt they had no choice.

While the expectant mother went inside the Planned Parenthood mega-center for her appointment, the sidewalk counselor told the man all about the help available at the nearby pregnancy help center. He also texted other 40 Days for Life participants to pray fervently for this family teetering on the precipice between life and death.

Finally, the man texted the woman and asked her to come out instead of going through with the abortion–and she did!

“She didn’t do it!” the proud daddy said as they left Planned Parenthood.

The prayer warriors who stormed heaven rejoiced. And the pregnant woman who had been crying was now smiling.

“To God be all the glory!” said Phil, the local leader. “Great things He has done and continues to do!”

When you go out to pray, good things happen. Sign up for an hour at your local 40 Days for Life vigil by visiting: 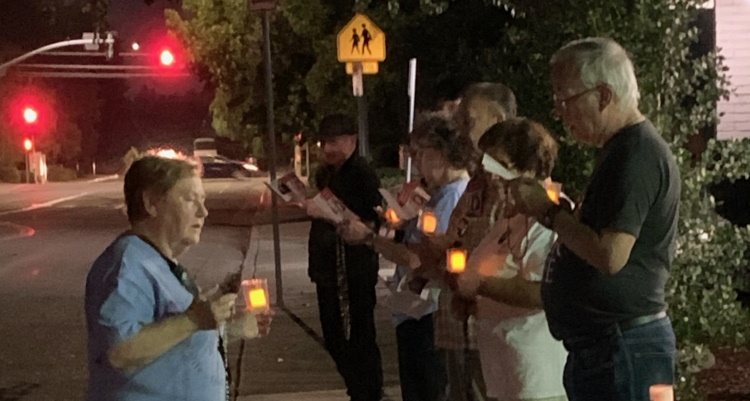 Vigil participants in Stockton helped empower a young woman to choose life–in spite of pressure from her family to abort.

“The mom was young but wanted to keep the baby,” said Loretta. “It was grandma that was pushing for the abortion.”

Fortunately, a priest who was praying at the vigil site speaks Spanish and was able to communicate with the family, successfully encouraging them to leave.

“I think Father’s words helped [the grandmother] to stop and think about what she was actually wanting her daughter to do,” Loretta recalled. “We are continuing to pray for this family.” 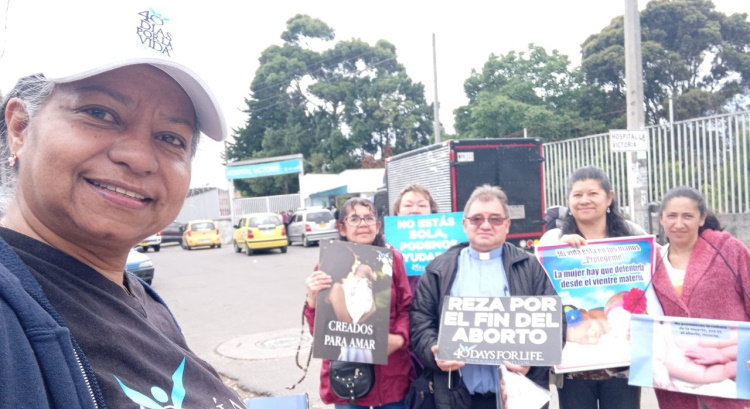 A woman in Victoria sought out an abortion because her child’s father abused her. Fortunately, 40 Days for Life participants were available to help.

“At first she did not want to listen to reasons to keep her baby,” said 40 Days for Life director of Latin American affairs Lourdes Varela. “But when she was told about the deadly consequences of abortion, she decided to have her baby.” 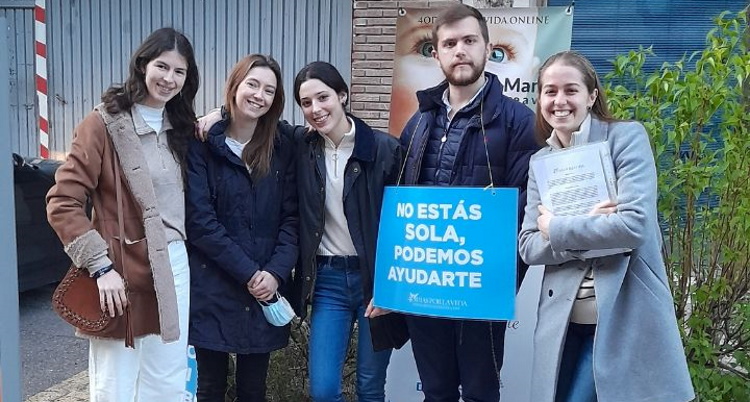 Even though the Spanish government is aggressively persecuting pro-lifers by banning vigils close to abortion facilities, 40 Days for Life participants are still finding ways to save lives!

A young woman in tears left the abortion facility in Valladolid with her mother. “Don’t worry, I’ll take care of [you and your baby],” said the elder woman.

Both mom and her pregnant daughter smiled at the vigil participants as they walked away. “Thank you for your prayers; my daughter chose life,” said the grandmother of the unborn baby.

Campaign volunteers learned the young mother had come to the abortion facility three times–and each time the sight of vigil participants deterred her from aborting.

This last time, she decided to keep her baby once and for all, thanking and hugging vigil participants.