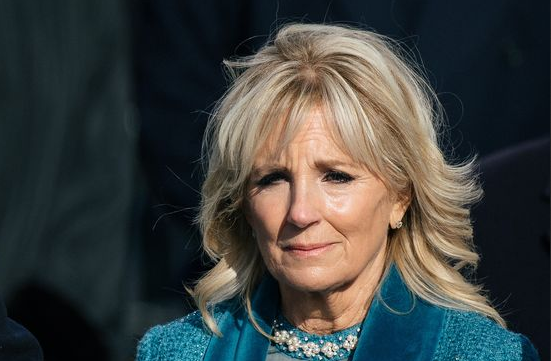 Jill Biden insisted this weekend that women need to be able to abort their unborn babies to succeed, sharing how she helped a teenage friend get an abortion in the 1960s.

The abortion occurred in the late 1960s prior to Roe v. Wade when most states still protected unborn babies from abortion. Biden said her friend was 17 and they were living in Pennsylvania at the time.

“To end the pregnancy, she told me that her only recourse was to undergo a psychiatric evaluation that would declare her mentally unfit before the doctor would perform the procedure,” Biden said, according to Fox News.

Afterward, Biden said she went to see her friend in the hospital and then “cried the whole way home.”

When the friend was discharged from the hospital, Biden said, she couldn’t go home. So Biden said she gathered her courage and asked her mom if the friend could stay with them.

“Of course she can,” Biden recalled her mother saying. “She never told a soul. We never spoke about it again. Secrecy, shame, silence, danger, even death. That’s what defined that time for so many women.”

Biden said she does not think even her father knew about the friend.

After the U.S. Supreme Court overturned Roe in June, Biden said she felt “shocked,” according to the report. She insisted that women need to be able to abort their unborn babies to succeed in life.

“I thought of all the girls and women, like my friend, whose education, careers and future are dependent on the ability to choose when they have children,” the first lady said.

Fox News reports Biden also told the story Friday at the Democratic Congressional Campaign Committee Women’s Lunch and Issues Conference. There, she told attendees that she is confident women voters will reject pro-life lawmakers in November.

Women “will not let … some radical Republican agenda be the legacy we leave to our daughters and granddaughters,” she said.

However, polls consistently show that the Bidens’ abortion agenda is radical and out of touch with most Americans. A strong majority of Americans oppose taxpayer-funded abortions and support strong limits on abortion, especially after the first trimester, but President Joe Biden takes the opposite stance. LifeNews highlighted 14 recent polls here.

In 1973, the Roe ruling forced states to legalize abortion on demand, leading to the deaths of more than 63 million unborn babies and hundreds of mothers. Now, states may protect unborn babies from abortion again. Already, 15 have done so and eight more are fighting in court to enact pro-life laws. As a result, tens of thousands of babies are being saved from violent abortion deaths.