Even with abortion availability down across the United States–thanks to the Supreme Court–God is still using your prayers to save babies!

Today, we know of 49 babies spared from abortion since September 28!

Every day–weekends included–between 30 and 50 women line up at 5:00 am to get free abortions at a Mexico City hospital. After waiting for hours, the women–but no companions–are admitted in.

Locals are given abortion pills while foreigners receive surgical abortions.

The local pregnancy help center has a mobile ultrasound unit on site, but lately those who serve there have been struggling to persuade women to take them up on their offer of free help…

Even more lives might have been spared when the hospital’s awkward attempt to thwart the vigil backfired big time.

“The astonished staff moved the girls to start the line at a different entrance–but they dispersed.” Lourdes explained.

FBI Raid Programming Alert: Recently, I appeared on One America News Network to discuss the FBI’s outrageous persecution of pro-lifers (all while ignoring the firebombing of pro-life pregnancy centers) and YOUR peaceful prayer presence in 622 cities worldwide. Check it out here: oann.com/video/oan-contribution/11-pro-life-activists-indicted-by-bidens-doj/ 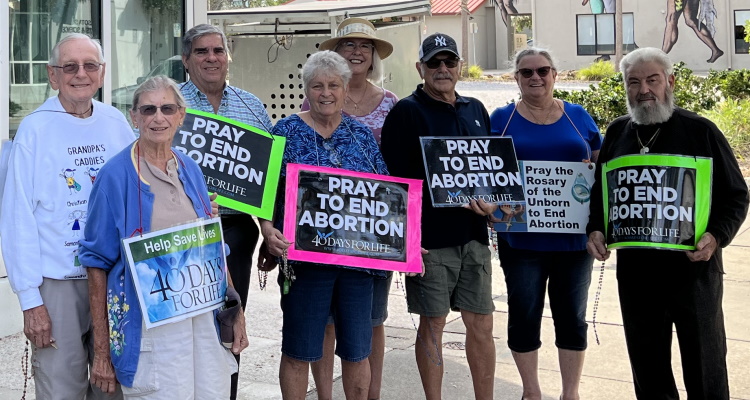 A woman, her pregnant daughter, and the daughter’s boyfriend entered the Sarasota, Florida, Planned Parenthood mega-center–but they didn’t stay long!

“After only a few minutes, [they] were willing to accept my invitation to assist them,” shared Margie. “The woman was apparently being pressured by her mother to abort her child.”

Margie happily walked the couple over to the pregnancy help center, but the woman’s mother–who provided their transportation–drove off.

“The woman repeated a few times…that her mother was going to kill them for [not] having the abortion,” Margie recounted.

Pray that this couple continues to stand strong without the support of family. 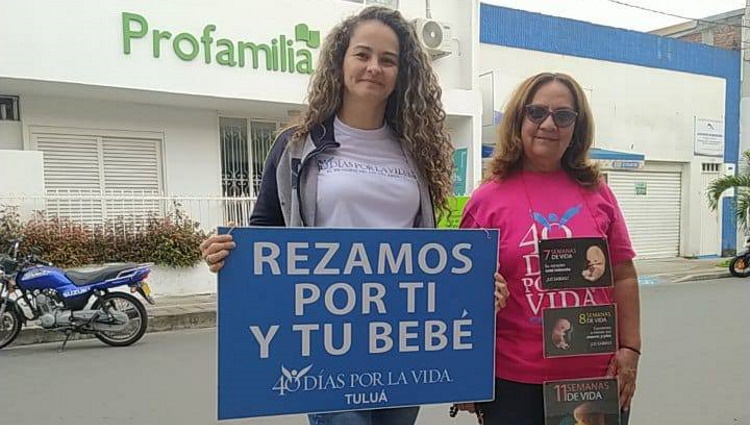 A six-month-pregnant young woman wanted an abortion when her boyfriend abandoned her because of her pregnancy. She even desired to take her own life.

Thanks be to God, a family member turned to 40 Days for Life participants for help…

…and that encouragement made all the difference in the world. The support gave the mom new hope and resolve, and she chose life!