Just five days into the campaign, we know of 20 moms who have chosen life in response to your prayerful presence!

And with more abortion facilities closed, abortions are down across the board!

“Thank you for your sign,” said the passenger of a vehicle that had pulled up to the Tallahassee, Florida, 40 Days for Life vigil. “It helped me today.”

David, the local leader, responded, “How did it help you?”

“I came here for an abortion today, but I decided not to have one.”

The happy mother asked David where he went to church. He answered, adding that Christians from many different denominations participate in 40 Days for Life. He also invited her to join the vigil sometime.

…but perhaps that story has a happy ending too, because that angry woman wound up accompanying her pregnant friend to the nearby pregnancy help center.

“Hopefully, the friend of this hostile young woman will make the choice for life,” David said. 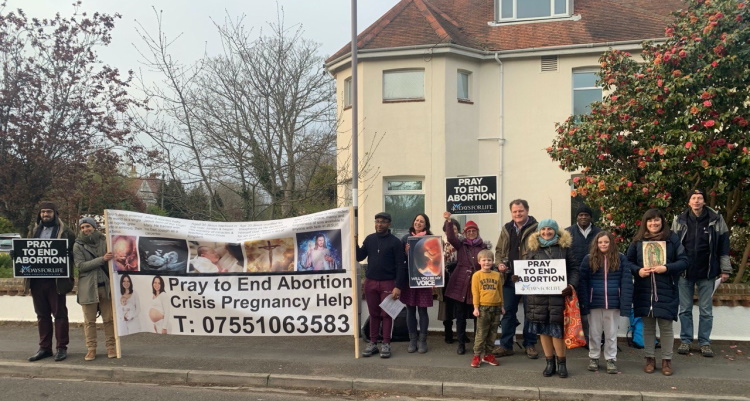 40 Days for Life volunteers across the pond also had a powerful ten-minute stretch.

Danny and Maria noticed a couple waiting in their car outside the abortion facility. Maria was reluctant to try her hand at “pavement counseling” (as they call it in the U.K.), but mustered up the courage to approach them.

The couple thankfully accepted information…but didn’t commit either way. Maria thought her work was done, until Danny noticed another woman in another car.

Maria collected herself and approached this car–and this couple DID commit to choosing life.

“They seemed to be relieved to receive an alternative to abortion,” Maria said. “The woman was actually smiling. …When they drove away, the man smiled at us and pointed his thumb up.”

Naomi then informed Dan that her vigil saved TWO babies on day 1!