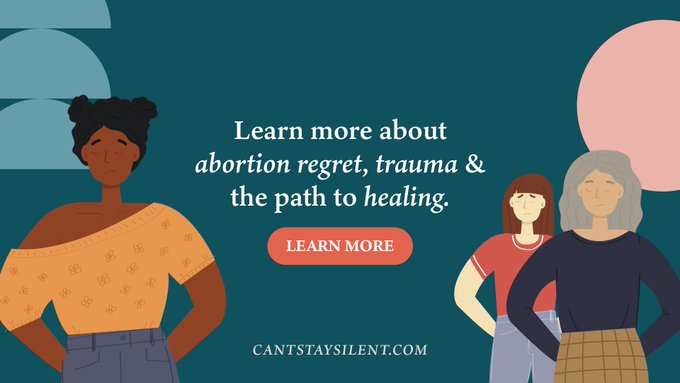 For nearly 40 years, Sylvia suppressed the pain and anger that she felt after aborting her unborn baby.

“All of the anger and bitterness that I’d been holding about my abortion, I’d never dealt with,” even though it “exhibited itself everywhere in my life,” she told Live Action in a new interview. “… and there were so many people around me that paid the price.”

Eventually, Sylvia went through the “tough but freeing” process of a post-abortion recovery program. She recognized that she had been selfish to abort her unborn baby but that God forgave her and removed all her shame and guilt.

Her testimony is part of Live Action’s new We Can’t Stay Silent project, which gives voices to men and women who have been silenced by society because they regret aborting their unborn babies.

“Abortion is devastating to the mental and emotional health of mothers, along with killing the living children inside them,” said Lila Rose, president and founder of Live Action. “Most media, biased by their pro-abortion ideology, refuse to acknowledge the truth about abortion trauma and regret.”

Frequently, post-abortive women feel “pressured to hide the truth of post-abortion trauma and regret” because their stories clash with the modern pro-abortion culture, Rose said.

The Can’t Stay Silent campaign pushes back against the false narrative by amplifying personal testimonies like Sylvia’s that expose the truth about abortion and help others see that there is a better way.

Accompanying these testimonies is an investigative report that reveals the physical, psychological, social and spiritual consequences of abortion for women and men. It cites numerous studies from across the world that reveal increased risks of mental health problems, including anxiety, depression, suicidal tenancies, substance abuse and self-harm after an abortion.

Live Action also is promoting post-abortion healing resources for women and men, programs designed to help families grieve the loss of their aborted child, and heal and forgive themselves for their participation in the unborn child’s death.

“Women can heal after abortion. But we all must first acknowledge the truth that abortion is a brutal, barbaric procedure that intentionally ends the life of a child,” Rose said. “When we finally accept that, our society can begin to heal from the wounds abortion has brought to so many.”