Over 100 people attended today’s funeral for Cayler Ellingson, who was recently killed by a man who targeted him for supposedly being a “Republican extremist.”

During the funeral for him today, Cayler Ellingson’s family said that the teenager will “forever be on our minds” and they said he was a “Kind, smart, and big-hearted person.”

Several of Ellingson’s friends and family members, including his brother, were pallbearers and carried the casket to the hearse.

Another person who chose to remain anonymous when speaking with Fox News Digital said that Ellingson was an “exceptional child” with a bright future ahead of him.

A message from the Ellingson family in the obituary states that the teenager will “forever be on our minds.”

“Our love for you will never go unnoticed, you will forever be on our minds, it’s heartbreaking to let you go, but please never say good-bye your time on earth was not finished. Please watch over all of us. Until we meet again, we love you Cayler, ‘give heaven some he–.’” the message from the family reads.

The teenager graduated from Carrington High School in May 2022 and was studying to be an ultrasound technician at Bismarck State College for Diagnostic Sonography when he passed away.

“It’s that’s all anybody can talk about right now,” one person said of the incident. “I still can’t wrap my head around it. I really can’t.” 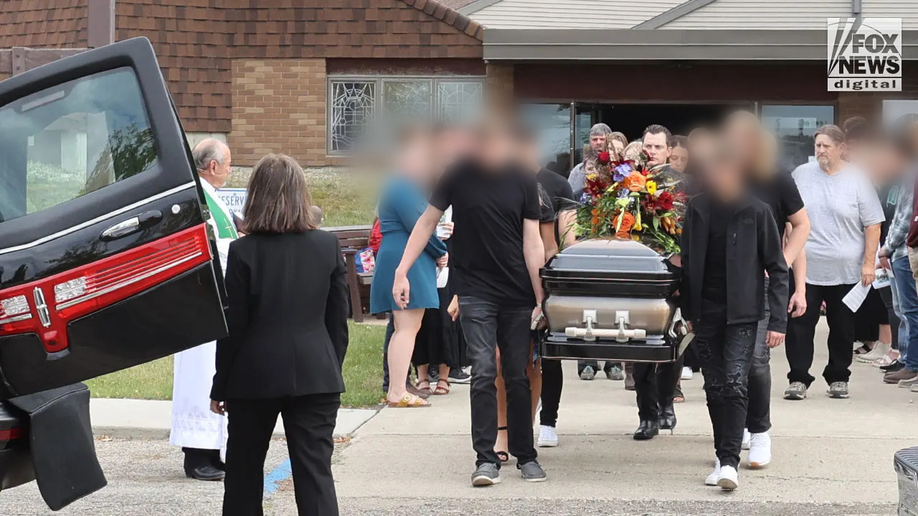 Meanwhile, it’s bad enough that Shannon Brandt, who killed Republican teen Cayler Ellingson, is out on bail. But the leftist who killed the boy because he was supposedly a “Republican extremist” is not even under house arrest.

Brandt has already been released on a $50,000 bail. He posted his $50,000 and was released, according to county jail records.

But, as Fox News reports, Brandt is also not under house arrest.

Brandt, who is accused of fatally hitting 18-year-old Cayler Ellingson with an SUV, is not under house arrest and has no curfew after posting a $50,000 bond, court documents obtained by Fox News Digital show.

Court documents obtained by Fox News Digital show that Brandt was not placed under house arrest and has no curfew after posting bond. Under the terms of Brant’s bail order, he cannot leave North Dakota, cannot drink alcohol and must participate in a 24/7 sobriety program with constant testing.

Brandt is also not allowed to possess “a firearm, destructive device, or other dangerous weapon,” and cannot go within 300 feet of the Ellingson family.

If convicted, Brandt could face a minimum of 10 years in prison.

Americans across the country are outraged by the killing and upset that Brandt has already been released on bail for a murder he admitted committing. Burgum agreed and condemned the shooting and offered prayers of support for Ellingson’s family.

“Tonight we pray for the family of Cayler Ellingson in the aftermath of their tragic and unnecessary loss,” he said in a post on Twitter. “Violence is never the answer to disagreements of any kind, including political, and those who perpetrate it must be held accountable to the fullest extent of the law.”

Ellingson’s mom told police her son called her just before the crash, asking if she knew Brandt, which she does. She does not believe her son knew him. Police say Brandt was drunk when he hit and killed Ellingson with his SUV in an alleyway.

One conservative web site blames Joe Biden’s rhetoric against conservatives for the attack.

Shannon Brandt, 41, mowed down 18-year-old Cayler Ellingson early Sunday morning over what he later claimed was a “political argument” over whether “the teen was part of a Republican extremist group.” That language strongly resembles the description used by Biden just a few weeks ago to describe Trump and “MAGA Republicans” as being “a threat to the very soul of this country.” In that speech, Biden claimed it was Republicans who had “blind loyalty to a single leader and a willingness to engage in political violence”

Despite recently claiming that combatting political violence and domestic extremism is a top priority for the agency, the FBI avoided answering The Federalist’s questions about whether it plans to investigate the motives for the alleged homicide. Instead, the FBI suggested The Federalist contact “local authorities” for more information about the crime.