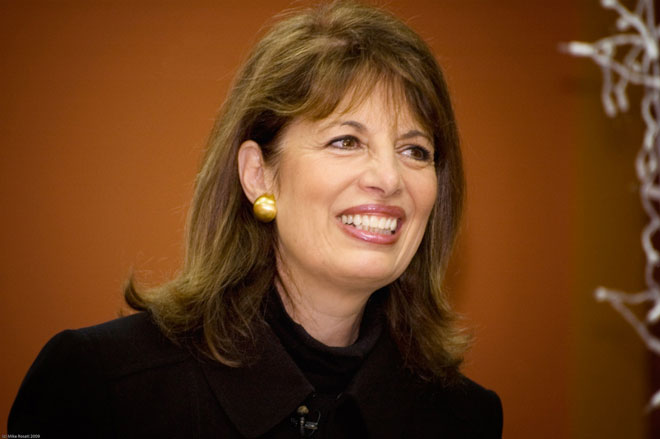 Democrat U.S. Rep. Jackie Speier made a bizarre suggestion Tuesday that exposed the radical extent of her pro-abortion agenda: Move all military bases to pro-abortion states.

On the House floor, the California lawmaker admitted her recommendation is not feasible, but she seemed to indicate that she would do it if she could because she believes pro-life states are treating servicewomen “so poorly,” The Daily Wire reports.

Speier claimed the U.S. Supreme Court decision to overturn Roe v. Wade in June has left military servicewomen in crisis. Now, states may protect unborn babies from abortion again, and 16 already have done so. As a result, tens of thousands of babies are being saved from violent abortion deaths.

However, Democrats like Speier and the Biden administration have been trying to thwart states’ life-saving efforts. One of the ways is by potentially forcing VA hospitals to abort unborn babies.

“There’s a part of me that says we have 128 bases … in these red states that ban abortion. Maybe we should just move these bases,” she said.

While Speier admitted that her idea is “highly unlikely,” given the expense, she said the move would demonstrate her commitment to legalized abortion on demand, “what we are really all about.”

She also accused pro-life states of treating “servicewomen so poorly” because they ban the killing of unborn babies in abortions.

What Speier did not mention was the fact that the Department of Defense — while allowing for leave time and travel for service members who did require abortion services — actually places greater restrictions on abortions than a number of the red states she was complaining about. …

“Federal law restricts the Department from performing abortions or paying to have them performed unless the life of the mother would be endangered if the fetus were carried to term, or unless the pregnancy is the result of rape or incest (‘covered abortions’),” [a June department] memo read in part. “The Supreme Court’s decision does not prohibit the Department from continuing to perform covered abortions, consistent with federal law. There will be no interruption to this care.”

Killing unborn babies in abortions is not health care, and military servicewomen do not need them. Most OB-GYNs do not provide abortions, and tens of thousands of doctors across the U.S. recognize that unborn babies are second patients in every pregnancy and their lives are valuable.

Since the Supreme Court overturned Roe on June 24, 16 states have begun enforcing laws that protect unborn babies from abortion, and more are battling lawsuits to defend legal protections for the unborn. SBA Pro-Life America estimates about 134,800 unborn babies are being saved from abortion as a result of the state pro-life laws currently in effect.