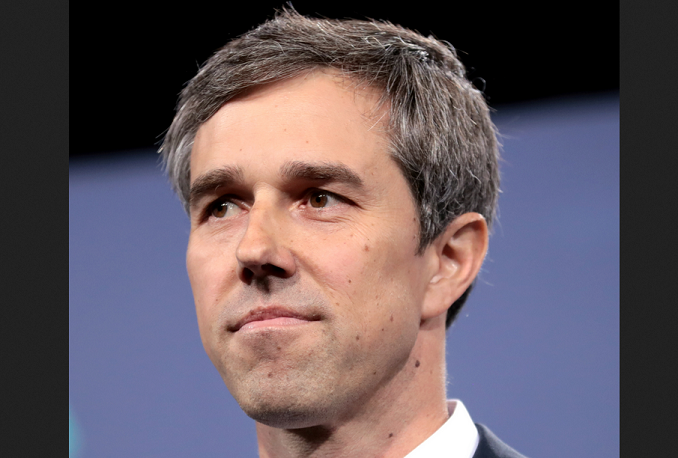 Beto O’Rourke wants to take Texas back to a time when killing unborn babies in abortions for any reason is legal.

In an interview Tuesday, the Democrat gubernatorial candidate claimed a “vibrant, thriving democracy” does not protect unborn babies from abortion, OAN Network reports.

O’Rourke, a former Democrat congressman, has a radical pro-abortion stance that does not align with most Americans. In recent years, he has lost races for U.S. Senate and the presidency, but now he hopes to defeat pro-life Republican Gov. Greg Abbott.

He told MSNBC this week that he opposes a new state law, slated to go into effect Thursday, that protects unborn babies by banning abortions in Texas. Exceptions are allowed if the mother’s life is at risk.

“If you have a vibrant, thriving democracy, where the right to vote is respected, you do not end up with a total abortion ban with no exception for rape or incest in a state that has one of the highest levels of maternal mortality, three times as deadly for black women in the country, in the developed world for that matter,” O’Rourke said.

Texas pro-life lawmakers are working to expand medical care and reduce maternal mortality as well as protect unborn babies from abortion, but the Biden administration recently rejected their request to expand Medicaid for mothers in need.

At another point in the interview, O’Rourke claimed women are on his side of the abortion issue — even though polls consistently show women support legal protections for unborn babies.

“Jane Roe, of course, a Texas woman as were her two attorneys, Sarah Weddington and Linda Coffee, who successfully prevailed upon an all-male United States Supreme Court to win protection for that right to privacy to make these very personal and sometimes painful decisions,” he said, according to Breitbart. “The women of Texas won that right 50 years ago. The women of Texas will win it back in 2022.”

O’Rourke said he wants to ensure “that every woman in the state of Texas can make her own decisions about her own body and her own future.”

However, many expect pro-life Gov. Greg Abbott will win re-election in November. A recent poll from the Dallas Morning News/University of Texas found Abbott has a seven-point lead over O’Rourke, OANN reports.

Abbott has a solid pro-life record. In 2021, he signed the historic Texas Heartbeat Act, legislation that pro-life leaders say has saved tens of thousands of unborn babies’ lives so far. Earlier this year, he also signed a trigger law to protect unborn babies by banning all abortions. That law is scheduled to go into effect Thursday.

In contrast, O’Rourke’s position on abortion is radical and out of touch with the vast majority of Americans. He had a 100-percent pro-abortion voting record while he was in Congress, according to National Right to Life. He also sponsored a federal bill that would force states to legalize the killing of unborn babies in abortions through all nine months of pregnancy and force taxpayers to pay for their deaths.

During his presidential campaign, O’Rourke said he supports abortions up to birth. “That should be a decision that the woman makes. I trust her,” he said at the time.

Later, he added that he supports forcing taxpayers to fund elective abortions, including third-trimester abortions on viable late-term unborn babies.