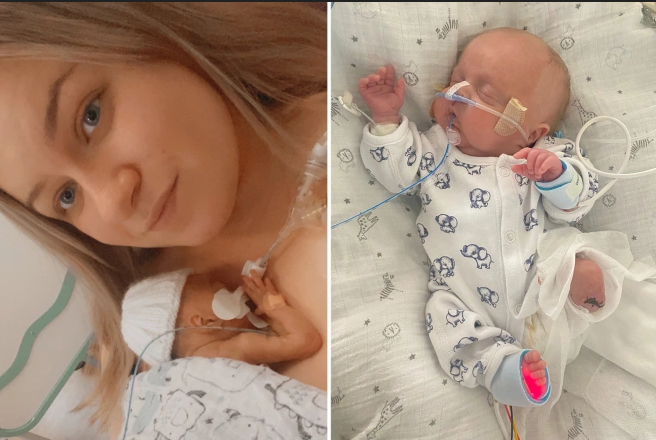 A baby born a week before the abortion limit in the UK recovered from a rare infection, had five life-saving surgeries, a brain bleed and his left leg amputated, but the “little fighter” is still going strong and getting better a year later.

Baby Mason was born when his mum, Kenidee Brownbill, was just 23 weeks pregnant. He weighed just 610g at birth and his prospects did not look good. Ms Brownbill, an estate agent from Oxford, said: “He amazes me every day with how strong he is and what he has been through”.

“It was a very rocky rollercoaster journey. There were lots of moments that we didn’t think he would make it”.

When she became pregnant, she and her partner were “ecstatic”. Even though it was her first pregnancy, Ms Brownbill started to worry when she began to experience serious pain.

“But then the pains got more intense. I rang again and was told to go in. It was my first baby so I had no idea what labour was supposed to feel like”, she said.

“When I got to the hospital I suddenly felt funny and had to get up. I leant over the bed and had a massive bleed”.

“One of the doctors assessed me and told me I would be having my baby that night”.

Her son Mason was born on 14 August last year and was immediately taken to intensive care at the John Radcliffe Hospital in Oxford.

The “little fighter” never gave up

Ms Brownbill said: “Before his birth, I was prepped by the doctors from the newborn intensive care unit (NICU) who said he would likely not be breathing by himself or make any noises when he came out”.

“But my little fighter was breathing and made a little sound”.

“When Mason was born he could fit into the palms of your hands”.

“We saw him for the first time in a plastic bag”.

Plastic wrapping is often used for premature babies as it helps regulate their temperature properly.

“As scary as it may be at the time, these little babies are stronger than most would think”.

His parents said it was “devastating” that they couldn’t hold their son for three weeks because of how sick he was.

While in the NICU, Mason was diagnosed with necrotising enterocolitis, a serious condition where tissue in the gut becomes inflamed and starts to rot away. Mason had to have surgery when he was just 12 days old and his parents were told he was unlikely to survive.

“Thankfully we had an amazing surgeon who acted quickly and Mason survived. He had a stoma from this surgery for 11 weeks until he was big enough to have it reversed”, his mother said.

“He unfortunately also lost circulation to his lower left leg, no one could say why and sadly it got amputated in October”.

Although concerned about how his life would look with only one leg, Ms Brownbill is hopeful for the future.

Mason was discharged two weeks before Christmas 2021 on the day before he turned four months old.

He still has regular hospital visits and is being fed through a tube but he is slowly being weaned off oxygen and getting better over time.

“As scary as it may be at the time, these little babies are stronger than most would think”.

Babies born before the abortion limit 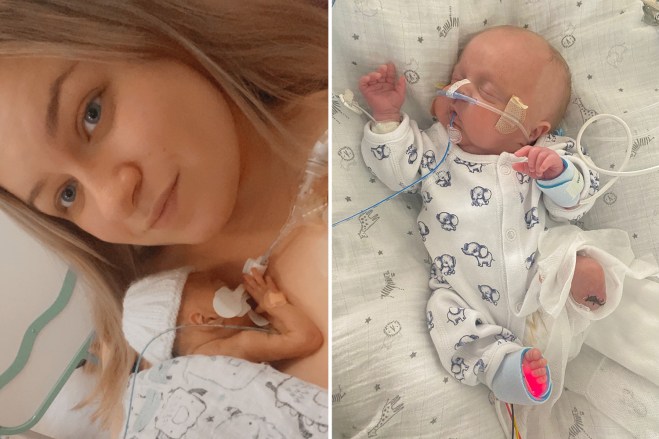