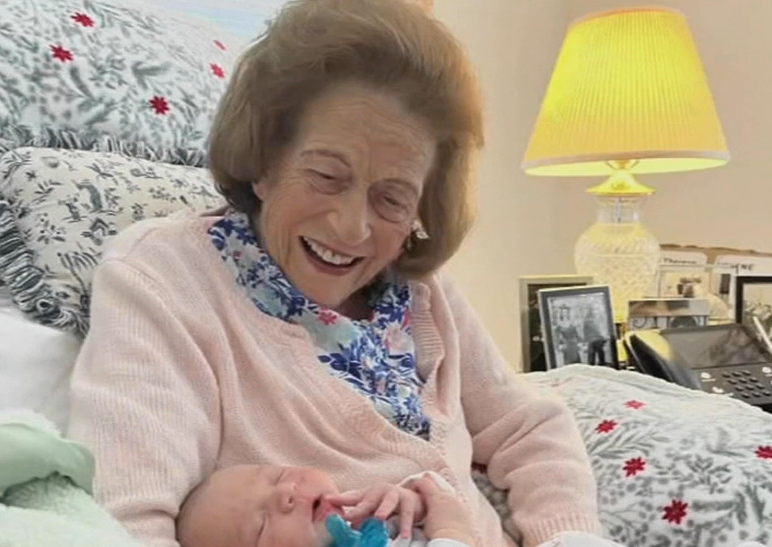 Pennsylvania grandmother Peggy Koller has more grandchildren than years of her life.

He represents the big family that Koller always wanted. Growing up an only child, she said she often felt lonely.

“I wanted to have a big family. I think it’s difficult being an only child. It’s lonely,” Koller said.

Eventually, she married her high school sweetheart, William, and they had 11 children, according to the report. Their children had 56 grandchildren, and the great-grandchildren keep coming.

“First thing out of the hospital, we went to Grandmom’s, introduced her to Koller. She was absolutely ecstatic,” Koller’s mother, Chrissy Balster, said.

Koller was grandchild number 100, but, since his birth, another one of Koller’s grandchildren also gave birth, according to the report.

The joy of her grandchildren, her faith and her daily exercise routine keep her going.

“She does work out twice a day, which is insane,” Koller’s father, Patrick Balster, told WPVI.

“I think faith is the other one, I’d say. Faith and family. That’s what’s been keeping her going,” Chrissy Balster added.