Joe Biden is taking America in the “wrong direction” by trying to force taxpayers to pay for abortions instead of helping pregnant mothers and babies in need, a leading U.S. Catholic bishop said Friday.

“I continue to call on the president and all our elected officials to increase support and care to mothers and babies, rather than facilitate the destruction of defenseless, voiceless human beings,” said Lori, who chairs the U.S. Conference of Catholic Bishops pro-life committee.

Biden, despite professing to be a devout Catholic, has been pushing to force taxpayers to fund abortions through Medicaid since he took office. On Wednesday, he signed an executive order directing the U.S. Department of Health and Human Services to explore ways to skirt the Hyde Amendment and use Medicaid dollars to pay for pregnant women in pro-life states to travel to other states for an abortion.

Then, on Thursday, the Biden administration rejected a request from Texas pro-life lawmakers to expand Medicaid for mothers with newborns across the state.

Lori said America must support families in need, but the Biden administration is doing the opposite.

“It is the wrong direction to take at a moment when we should be working to support women and to build up a culture of life,” the archbishop continued. “Blessed Virgin Mary, patroness of our nation, intercede for us as we advocate to protect human life and work toward solutions that will help every mother and child flourish.”

The Catholic bishops have been calling on society to support mothers in need for many years, long before the U.S. Supreme Court overturned Roe v. Wade this summer in the ruling Dobbs v. Jackson Women’s Health.

“Even preceding the Dobbs decision, my brother bishops and I have implored the nation to stand with moms in need, and work together to protect and support women and children,” Lori said.

Many U.S. bishops and priests have expressed concerns that pro-abortion Catholic politicians like Biden are “creating scandal” for the Catholic Church by encouraging evil. They have said the church must do something to make it clear that Catholics cannot support the killing of unborn babies in abortions and must repent before participating in communion.

Meanwhile, Biden is calling on Congress to pass a radical pro-abortion bill that would force states to legalize abortions for basically any reason up to birth, force Catholic hospitals and pro-life medical workers to participate in the killing of unborn babies and force taxpayers to pay for elective abortions.

Last fall, San Francisco Archbishop Salvatore Cordileone said the legislation amounts to “child sacrifice” and chastised Catholic politicians who support it. He said the bill is what “one would expect from a devout Satanist, not a devout Catholic.” 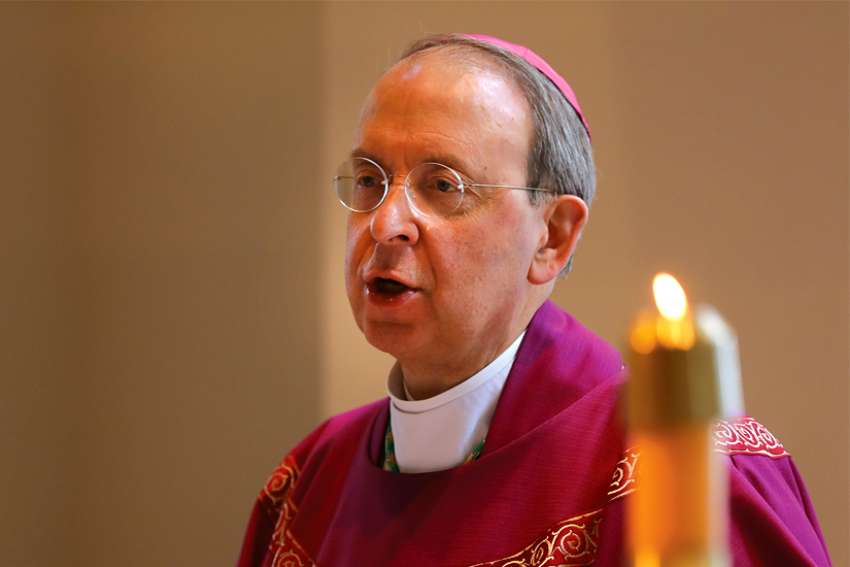