Two young Brazilian brothers who were born conjoined at the brain are recovering in the hospital after doctors in South America and England worked together for 27 hours to separate them.

The New York Post reports Bernardo and Arthur Lima, 3, received the attention of nearly 100 medical workers during their separation surgery at a hospital in Rio de Janeiro; doctors in England also participated through virtual technology.

Lead surgeon British Dr. Noor ul Owase Jeelani traveled to Brazil for the exhausting but rewarding procedure, according to the report. Jeelani said he only took four 15-minute breaks, but all their labors were worth it.

“There were a lot of tears and hugs,” Jeelani told PA Media after the operation. “It was wonderful to be able to help them on this journey.”

The twins still are recovering in the hospital, but Jeelani said their health is improving and they will start rehabilitation soon.

Bernardo and Arthur were born conjoined at the cranium in 2018 to parents from the Roraima region in northern Brazil, the BBC reports.

Jeelani, who has traveled across the world to perform surgeries on conjoined twins through the charity Gemini Untwined, said they spent months preparing to separate the Lima twins. The charity paid for the twins’ surgery.

“The separation was the most challenging to date as the boys shared vital veins in the brain,” according to the charity. “At almost 4 years old, Arthur and Bernardo were also the oldest craniopagus twins with a fused brain to be separated, bringing added complications.”

… medics spent months using virtual reality projections to trial their surgical techniques — something that proved instrumental when it came time for the actual operation.

“It’s really great to see the anatomy and do the surgery before you actually put the children at any risk,” Dr. Jeelani explained. “You can imagine how reassuring that is for the surgeons.”

During the procedure, a team of surgeons was set up in a “virtual-reality room” in London and liaised with surgeons in Rio who were wearing headsets and performing the actual operation.

After the surgery, the brothers both suffered from high heart rates and blood pressure, but they quickly recovered when the hospital staff placed them side by side and allowed them to hold hands, the report continues.

“As a parent myself, it is always such a special privilege to be able to improve the outcome for these children and their family,” Jeelani said. “Not only have we provided a new future for the boys and their family, we have equipped the local team with the capabilities and confidence to undertake such complex work successfully again in the future.” 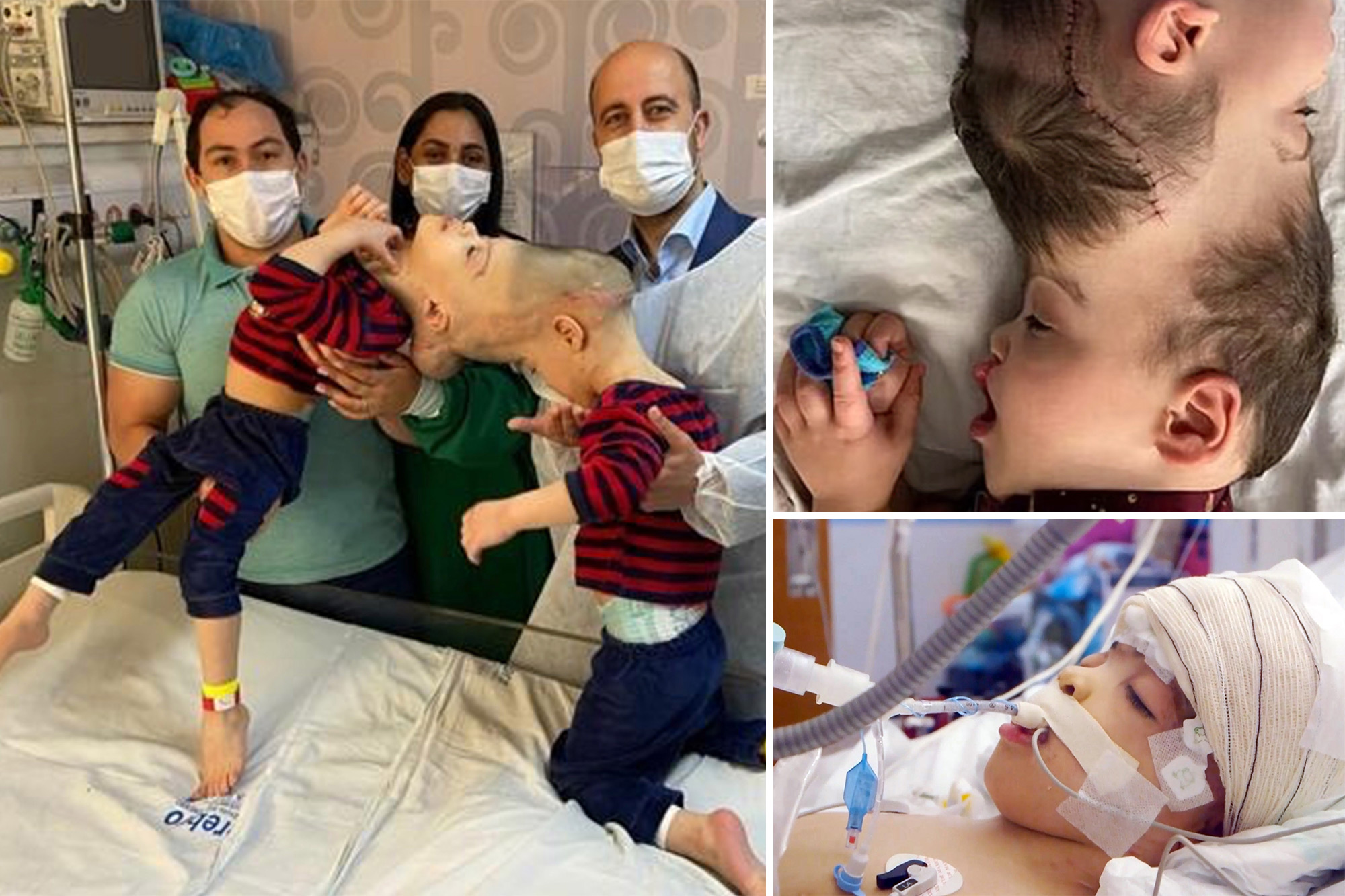