The abortion lobby, as promised in their summer of rage, has stooped to a new low with a wrongful attack of a Students for Life Action (SFLAction) volunteer this past weekend in Kansas. Between church defamations, firebombed pregnancy resource centers, and the attempted assassination of a Supreme Court Justice, the violence of abortion is spreading like a wildfire through supporters who have resorted to abuse against those who support life.

On Sunday, July 30, an 18-year-old SFLAction volunteer named Grace Hartsock (pictured right) took to the neighborhoods of Overland Park, Kansas to canvass in support of the Value Them Both amendment. Hartsock was joined by 20 other SFLAction volunteers, and the group knocked on 1,742 doors and had 745 conversations about the amendment in just one day. 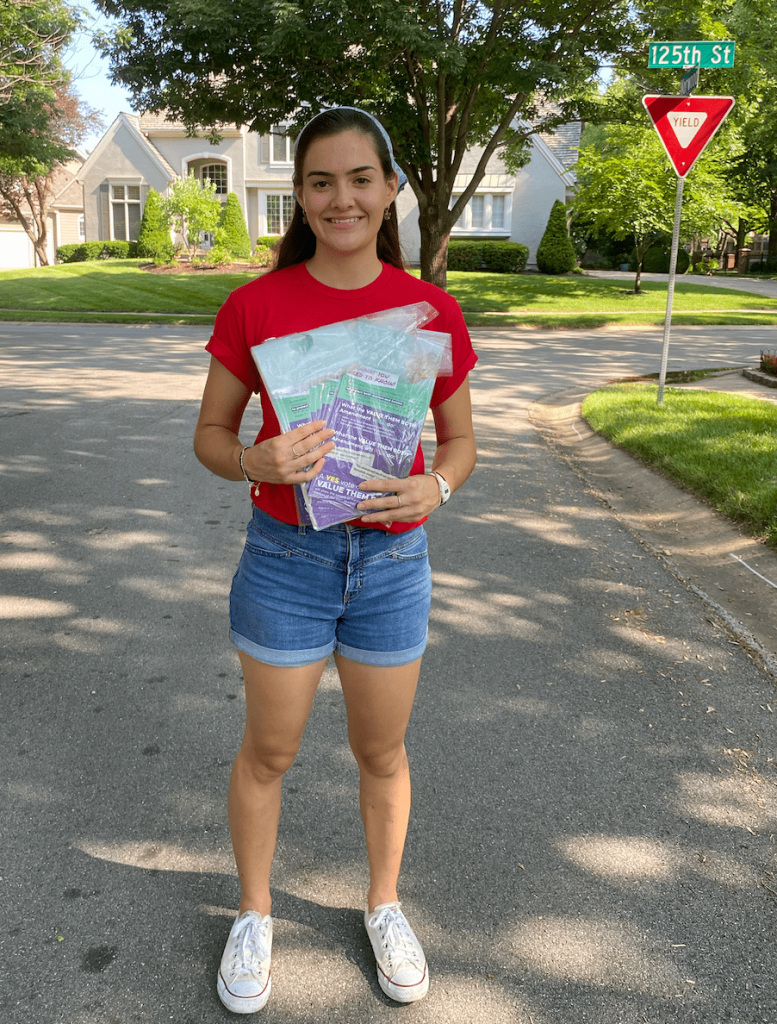 During these conversations, one pro-abortion resident was particularly enraged to see Hartsock knock on their door. After Hartsock introduced herself and asked if she could count on the woman’s support for Tuesday vote, the resident replied, “No, I’m sorry; I don’t think you want to talk to us.”

Hartsock recounted that as she politely thanked her for her time and began to leave the property, a female voice began yelling and cursing from inside the home. Hartsock said that she stopped momentarily to turn around to the voice yelling expletives and heard her say, “Don’t apologize to her, Mom.” As Hartsock turned, the screaming woman ran out the front door and began chasing her while yelling. When the pro-abortion woman caught up to Hartsock, she shoved Hartsock in the chest with both hands and began violently hitting her in the head with closed fists.

Hartsock attempted to protect herself and flee while the resident’s mother told her daughter to stop the violence. As Hartsock made it down the driveway to get distance from the irate pro-abortion supporter, she detailed in her police report that the woman threw a piece of food that hit her in the face and followed her down the street, screaming curses and ugly statements such as, “I hope you get raped” and “I hope you get run over by a car.”

Hartsock stated, “It’s unfathomable that the pro-choice movement claims to be ‘pro-woman’ and yet attacks women who don’t agree with their narrative. It’s not surprising to me that a person who advocates for violence in the womb wouldn’t hesitate to attack a pro-life woman like myself.”

Check out the video Hartsock took once the woman finally started retreating below:

Although rattled by the horrific event, Hartsock was thankfully deemed healthy by medical professionals after being checked at the local emergency room. A report was filed with the Leewood Police Department, and she was out with the SFLAction team knocking again the very next day. Hartsock is looking at pressing charges against the woman who inflicted such hatred and violence against her, and it’s clear that this pro-lifer’s spirit cannot be crushed by the bullying tactics of abortion supporters.

This first Post-Roe vote, taking place on August 2, would make it clear that the Kansas State Constitution does not protect abortion, which would allow pro-life laws to be passed in the legislature. SFLAction and other pro-life groups are making one last push to educate voters on the Value Them Both ballot referendum as the Pro-Life Generation seeks for their voice and vote on abortion to be heard.