PolitiFact has a tremendously annoying habit of tagging pro-life groups as “Mostly False” for saying something that’s True. Blue states like Oregon, Vermont, and New Mexico have no prohibitions on abortions. But somehow it’s “Mostly False” to say you can get an abortion at any time for any reason. This Focus on the Family ad was rated “Mostly False.”

New Mexico’s Lawmakers Have Gone Too Far! Did you know that abortion is available all nine months of pregnancy in New Mexico – even up until the moment before birth and for any reason? Be a Voice for Life in New Mexico and sign the Declaration for Life! 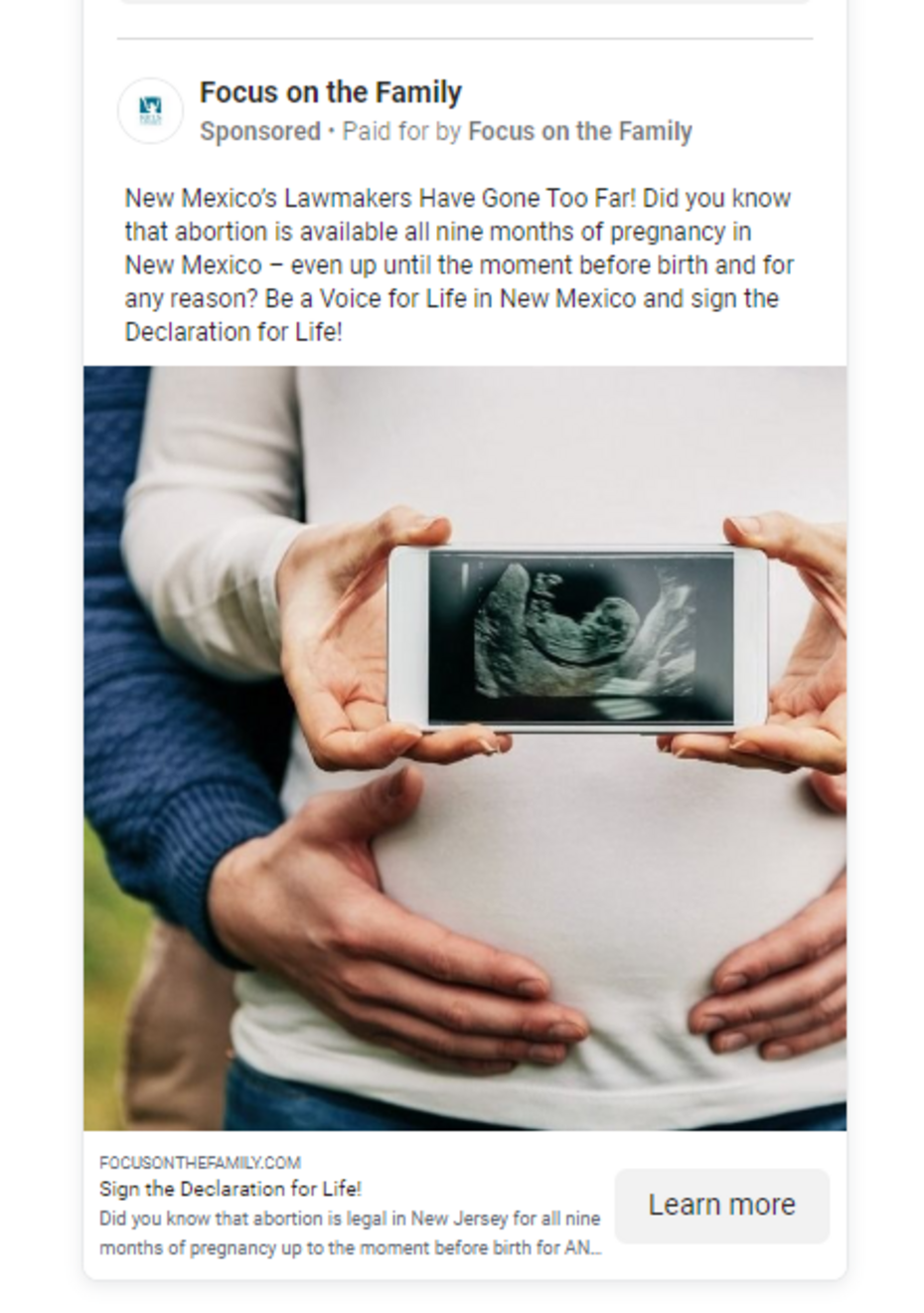 How is that “False,” you say? PolitiFact’s Tom Kertscher claims it’s because late-term abortions are rare.

Focus on the Family said in ads that abortion “is available all nine months of pregnancy” in Alaska, Colorado, New Jersey, New Mexico, Oregon and Vermont, “even up until the moment before birth and for any reason.”

Under laws in those six states, abortion is not specifically prohibited at any stage of pregnancy.

But late-term abortions are rare and usually for urgent medical reasons. Nationally, less than 1% of abortions are performed at or after 21 weeks of pregnancy, and they are roughly as rare in the states where there is no time prohibition on abortion.

Near full term, contrary to what the ads suggest, abortions are not done, experts say.

The statement contains an element of truth but ignores critical facts that would give a different impression. We rate it Mostly False.

That doesn’t make it False, but they don’t care. They nit-pick and protest that the rarity of late-term abortions “would give a different impression.” They’re not checking facts, they’re checking “impressions.”

Three months ago, PolitiFact claimed it was “False” — not even “Mostly” — to tell the truth about Colorado, which has zero prohibitions.

Is abortion in the Constitution? Is it really supported by 80 percent of Americans, or are they exaggerating? PolitiFact doesn’t care. Because they’re liberals.