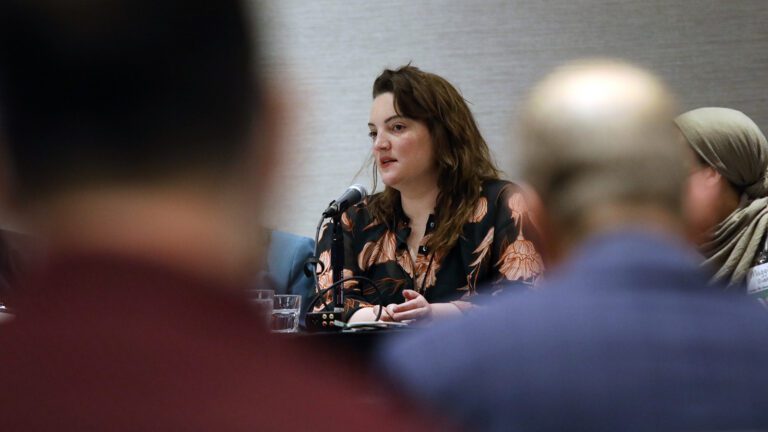 A Maryland abortionist who was raised Catholic believes her “conscience” compels her to abort unborn babies.

Though Villavicencio no longer attends Mass, she still describes herself as Catholic and claims her abortion work is motivated by her beliefs.

“I’m called by my conscience and everything I was taught as a child growing up by my parents and my faith,” she told RNS. “This is the work I need to be doing. I’m deeply committed to it.”

The 35-year-old grew up in a pro-life Catholic home in Miami, Florida, born to parents who immigrated from Cuba, according to the report.

Villavicencio said she attended Catholic school and learned about the sanctity of human life and the evil of abortion. She even participated in 40 Days for Life prayer campaigns, wrote pro-life essays in high school and promised to remain abstinent until marriage, the report continues.

Then, a series of events and choices began shifting her position. First, she and her fiancé began having sex in college, even though she planned to attend medical school and did not want to get pregnant. Then, when she went to an abortion facility for the morning-after pill one day, Villavicencio encountered some nasty protesters – the kind pro-life advocates also condemn.

The picketers outside the family planning clinic were loud and jeering. They shouted epithets as women walked toward the front door. They called them whores.

Jennifer Villavicencio was one of those women. She remembers thinking, “I’m on your side. I believe what you believe. I’m anti-abortion.”

Back then, in 2006, Villavicencio wasn’t seeking an abortion — only emergency contraceptive pills, sometimes called morning-after pills or Plan B.

After that, she broke up with her fiancé, quit going to church and began to abandon her pro-life beliefs. Villavicencio told RNS that when she went to medical school and studied embryology and pregnancy, she started to think that “science is not always black and white” on the matters of human life, the mother and her unborn child.

Then, during her residency at Women & Infants Hospital in Providence, Rhode Island, she said she helped with an abortion for a woman whose baby had a severe fetal anomaly. After going through labor, Villavicencio said the mother asked to hold her aborted baby.

“She looked down and then looked up at me and said to me, ‘Look, how beautiful my daughter is!’ That was a lightning bolt moment for me,” she told RNS. “I was standing in front of a woman who clearly could grapple with the complexity of the decision she made. She deeply loved her daughter and had ended her pregnancy. She was able to hold those two things at the same time. She knew more about her life and the love she had than anyone else.”

Now, Villavicencio is an abortionist and a board member of Catholics for Choice, a pro-abortion group not affiliated with the Catholic Church.

She believes the mother’s situation is more important than the life of her child, according to the report.

The Catholic Church and pro-life advocates believe that every human being is valuable and worthy of protection, and difficult circumstances do not make an unborn baby’s life any less meaningful. True compassion means helping both mother and child, supporting and encouraging them in times of need. Pitting a mother against her unborn child in difficult circumstances helps no one.