The first time that Rebecca Crist got to hold her son was when he was 28 years old.

The Pennsylvania mother shared the joys and heartaches of her story with The Epoch Times recently, remembering how she nearly committed suicide as a pregnant teen but found peace in choosing adoption and later happiness in being reunited with her son.

“It always astounded me how a decision to place a child for adoption seemed far worse than killing one in the womb,” Crist told the news outlet. “I believe a human is created the moment the egg and sperm unite; what is created at that exact moment is the person he/she will be at birth, when he/she is 10, 50, or 100 years old.”

Crist grew up in a large family and attended Sunday school regularly. But toward the end of high school, she began dating a classmate who was an alcoholic. She eventually decided to end the relationship, but, at age 19, she realized that she was pregnant by him, according to the report.

The thought devastated her, and Crist said she spent three months denying that she really was pregnant. Her circumstances were difficult enough already: She had just undergone a major spinal surgery, and she returned to live with her parents while her father also was struggling with an alcohol addiction. She did not want to be attached to her baby’s alcoholic father either, according to the report.

Though Crist said she never considered abortion, she did think about suicide. And one night when she was five months pregnant, she almost attempted it.

“I felt totally hopeless,” she told the news outlet. “I got in my car and took off, thinking I would just end my life. … I was trying to decide what I could hit, to put an end to everything, when I almost hit what looked like a man walking on the side of the road. I heard a thump, and was horrified to think I may have hit him.”

When she got out of the car and looked around, however, she said she did not find anything. Back inside her car, she said she began to cry. Then, a thought came into her mind.

“I don’t want to live, but I have no right to kill this innocent baby,” Crist said. “In an instant, an unexplainable peace seemed to wrap itself around me.”

The next day, she said her brother and sister-in-law invited her to come live with them in Missouri, and she moved out there a short time later.

Crist began praying for her baby regularly and asking God to use her to answer someone else’s prayers. Those prayers led her to make an adoption plan for her child. Giving up her newborn son at the hospital was heart-wrenching, but she said she knew it was the right thing to do.

She said her faith comforted her through the difficult times, and God answered her prayers. A few years after her son was born, Crist married one of her high school classmates, a loving man who was sympathetic and understanding when she told him about her son. They had two daughters together, the report continues.

After 28 years, she said her son, Steve, sought her out, and they met for the first time. She said she initially felt like she had “just drunk a dozen cups of coffee and might possibly faint,” but their first meeting was joyous.

“I was very nervous and excited,” she said. “It was rather awkward as we saw each other and embraced for the first time …”

Now, they are involved in each other’s lives again, visiting and going on vacations together, attending weddings and other family events. Steve has two children of his own who also are part of his birth mother’s life.

Crist shares her story to encourage other struggling mothers to choose life for their babies, like she did. She also wrote a book, “A Journey to Blossom,” about her life.

She told the Epoch Times that she gives thanks to God for answering her prayers and reuniting her with her son after so many years apart.

“Thank my almighty Lord who does answer prayer, I held him in my arms when he was 28,” she said. 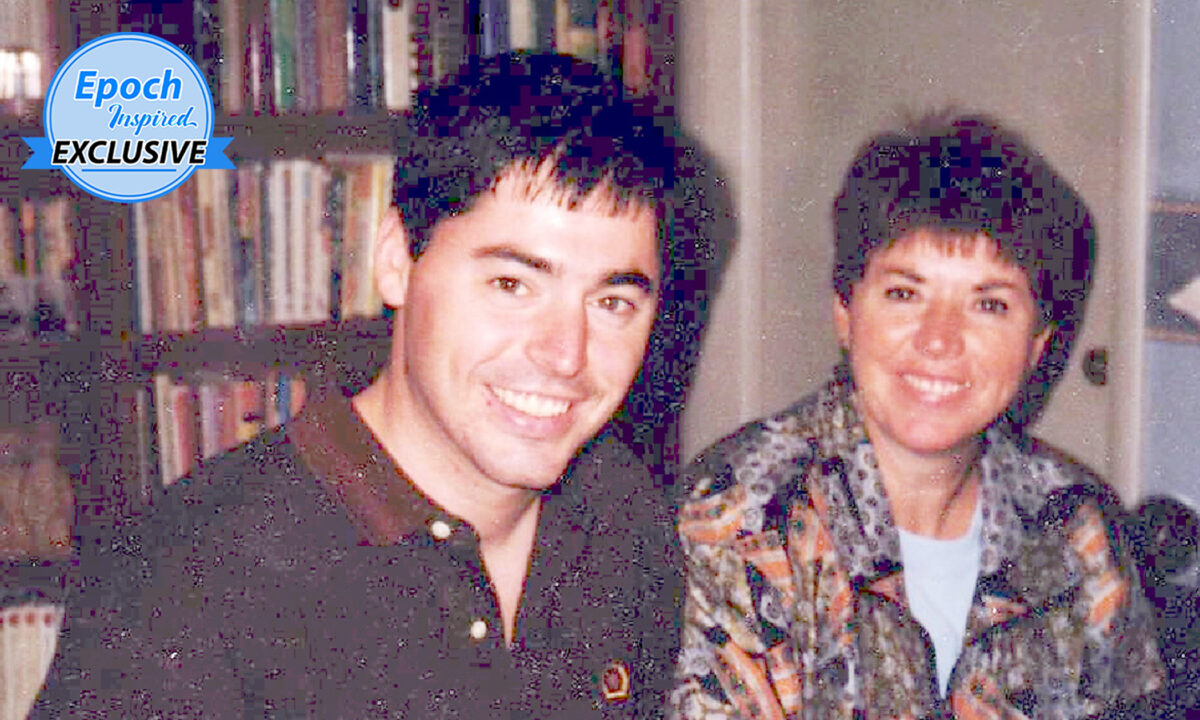