A mum from Northern Ireland has said she was “glad that abortion was illegal” when she became unexpectedly pregnant in 2016.

Abortion was introduced into Northern Ireland by MPs in Westminster in 2019. But when Yvonne Morgan found out that she was pregnant in July 2016, abortion was still illegal.

After her divorce, Yvonne was left sharing a bedroom with her two young sons in her mother’s house. She had scheduled a sterilisation to avoid having any further children.

“I had decided that I didn’t want any more children,” she said. “Then on the morning of the operation I found out I was pregnant. I nearly had a heart attack. The operation had to be cancelled.”

“I was thinking: ‘How am I going to house my children let alone bring another baby into my mother’s house, into my brother’s bedroom, with me and my children sharing a bed?’”

“It scared the living daylights out of me.”

She added: “I didn’t know what I was going to do so I panicked and that’s why I thought: ‘I need an abortion; I can’t cope with this; I don’t even have a roof over my head’.”

Despite her initial fear, Yvonne was able to find support from the pro-life group Precious Life who were able to offer her the reassurance she needed.

She later gave birth to twin girls Eden and Erin.

“I am so glad that the laws were still in place when I had my crisis moment, my unplanned pregnancy,” she said.

“I am thankful there were no abortion clinics here because the state I was in I would have been inside one.”

“I am not judging anyone in that situation. I know how panicked I was whenever I got pregnant with my wee girls.”

“My wee girls are a blessing. It’s hard work being a single mummy to four wee children but I thank God for them. They’ve brought so much joy, not just to my life but my whole family.”

In the last eighteen months, Northern Ireland has witnessed dramatic changes to its abortion law. Despite widespread public and political opposition in Northern Ireland, MPs in Westminster voted to impose abortion on the region in the absence of a functioning  Executive after the collapse of the Northern Irish Assembly’s power-sharing coalition in January 2017.

In the year since new abortion regulations were introduced  in March 2020, there have been 1,345 abortions in the region. At the same time, the Severe Fetal Impairment Abortion (Amendment) Bill passed its second stage at the Northern Ireland Assembly by 48 votes to 12.

The Bill proposes removing the current grounds in the abortion regulations that were imposed on Northern Ireland by the British Government in 2020, which allow abortion for babies with disabilities including Down’s syndrome, cleft lip, and club foot. The Bill has received widespread popular support with over 28,000 people signing a petition calling on political leaders in Northern Ireland to vote for the Severe Fetal Impairment Abortion (Amendment) Bill.

Right To Life UK spokesperson, Catherine Robinson, said: “Stories like Yvonne’s are another reason to have strong legal protections for unborn babies. By her own admission, she was frightened and would likely have had an abortion had it been it legal at the time. Fortunately, it was not.”
“It is estimated that 100,000 people are alive in Northern Ireland today who would not have been had abortion been available as it was in the rest of the UK. This figure was confirmed by the Advertising Standards Authority in 2017. Baby Eden and baby Erin can be added to  those 100,000 people who are alive because abortion was illegal in Northern Ireland.” 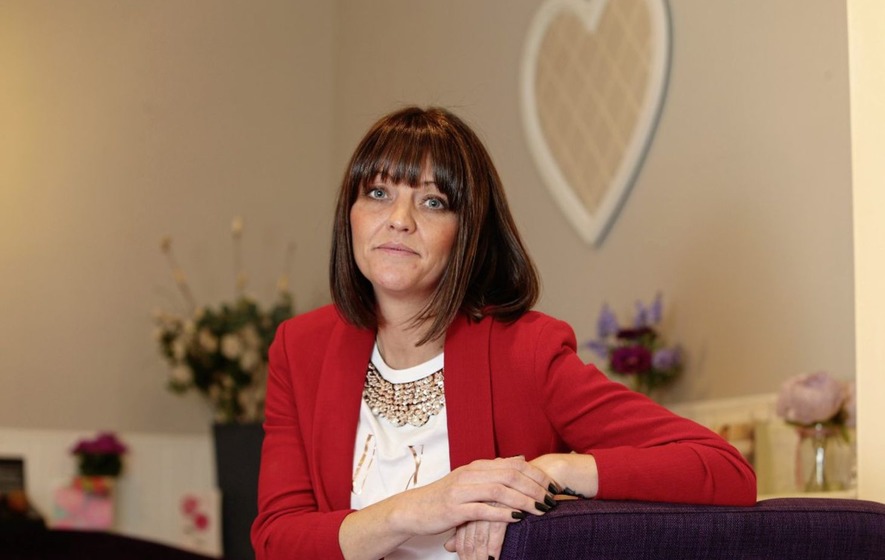