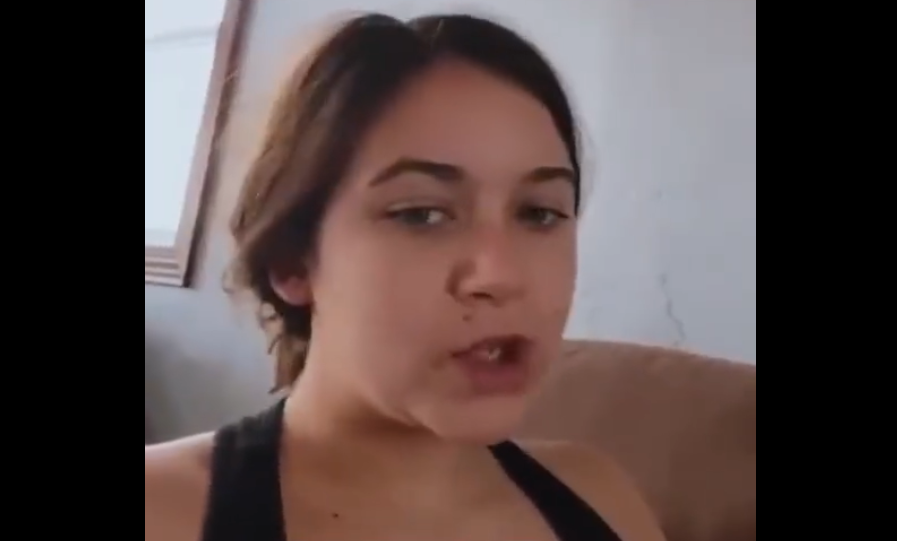 A young abortion activist posted a video of herself on TikTok recently telling her baby daughter that she “could have killed” her in the womb and other mothers should be allowed to do the same.

“Demonic,” Libs of TikTok wrote. “Pro-abortion TikToker tells her newborn baby on video, ‘I could have killed you but I chose to let you live. I chose to let her live. As in, I had a choice. All women should have a choice.’”

Demonic. Pro-abortion TikToker tells her newborn baby on video “I could have killed you but I chose to let you live” pic.twitter.com/Tcfbb4dRzC

The video shows the young mother cuddling with her baby girl while she defends killing unborn babies in abortions.

“Motherhood is a choice and it is not for every woman,” a caption on the video reads.

At one point, the mother mocks pro-lifers, saying what she thinks their response would be to her comments: “Do you realize what you just said? Killed. I cannot wrap my brain around this.”

The mother answers her mock response by comparing an unborn baby to germs – as if the two are morally equivalent and there is nothing wrong with killing either one.

“When you use hand sanitizer, you kill germs,” she says, attempting to justify her pro-abortion stance.

However, the mother apparently does not believe that aborting an unborn baby actually is killing. Instead, she tells her baby girl that an abortion would have meant she never existed.

“I could have simply chosen to let you not exist,” she says while stroking her daughter’s hair.

The video has been viewed nearly half a million times on Twitter and has thousands of comments, including many expressing anger and sorrow that the woman’s daughter may see the video someday.

An abortion does not simply erase the potential existence of a child. It kills a child who already exists, a unique and irreplaceable human being who is living and growing from the moment of conception.