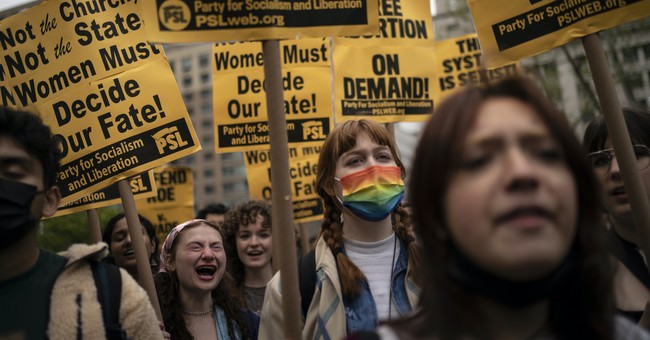 A century ago, the founder of Planned Parenthood (Margaret Sanger) worked with white supremacists to concoct a vicious racial targeting campaign (the “Negro Project”) with the goal of using birth control and sterilization (including forced sterilization) to reduce populations she and her friends deemed “unfit” to live. Today, as then, anti-life activists want to throw abortion at minority women rather than be bothered to find solutions to their real problems of poverty, relationships, healthcare, and childcare. But the depths of racism and discrimination Sanger’s movement would ultimately reach would have likely shocked even her.

This weekend, that racism was on full display as pro-life advocates – including people of color – counter-protested abortion rallies across the nation. Some of the racist insults endured by pro-lifers were captured on audio in St. Paul, where young pro-life women of color and their African-American security guards were insulted and berated with vile comments from abortion activists.

In the audio, a white abortion activist shouts “F*ck the five” (referring to the five fully developed, deceased children recovered from a late-term abortion facility in Washington, D.C.). He goes on to say, “Black lives matter! Black lives matter!,” and turning to the Black security guard protecting the pro-life students, he adds: “But not yours. You don’t count.”

Elisha Olsen, SFLA’s Campaign For Abortion Free Cities Community Organizer for St. Paul, was one of the young women targeted by these attacks. She recounts:

At the counter protest, I was so excited to help represent life and the positive choices that women can make, but the verbal abuse from the abortion lobby began just five minutes after my group arrived. A handful of Caucasian girls immediately began to single out, jeer, and scream racist insults at my South-Asian friend Maya and me. Despite both of us being women of color, we were called “white trash,” “white supremacists,” and told that we were “ugly and useless.” Our amazing bodyguards, who were both African American, were also verbally attacked as one Caucasian man yelled at them, “Black men don’t matter.”

Perhaps most vile of all, the young women were taunted by the white male abortion activist who mocked them, saying that they must have performed sexual acts in order to get security protection for the event: “You two must have sucked the guards’ d*cks to get them to come out here with you.”

Segregation, forced sterilization, and bans on interracial marriage are long behind us, but the abortion movement’s regressive and racist views bring the ugliest vestige of American history into the present day. And even worse than their vile rhetoric, these abortion zealots champion the use of lethal violence to ensure that the Black population does not grow and that mothers are handed only abortion when they ask for compassion and support.

With the possible reversal of Roe on the horizon and more than half the states in the nation prepared to protect life like never before, the abortion industry knows that the stranglehold it once had on America is being loosened. It’s no surprise, then, that abortion activists have just declared the coming months to be “the Summer of Rage.

Psychologists say that in abusive relationships, psychopathic partners turn violent once all their other attempts to control the other person have failed. This is an apt analogy for the abortion industry’s current relationship with America. As the nation moves beyond its violent and abusive past of abortion, we are seeing the abortion industry resort to rage, the only tool of control it has left in its arsenal.

As we demonstrated this weekend, we’re ready. We are not afraid of the rage of depraved activists because we know that life will win.

LifeNews Note: Kristan Hawkins is the president of Students for Life of America.