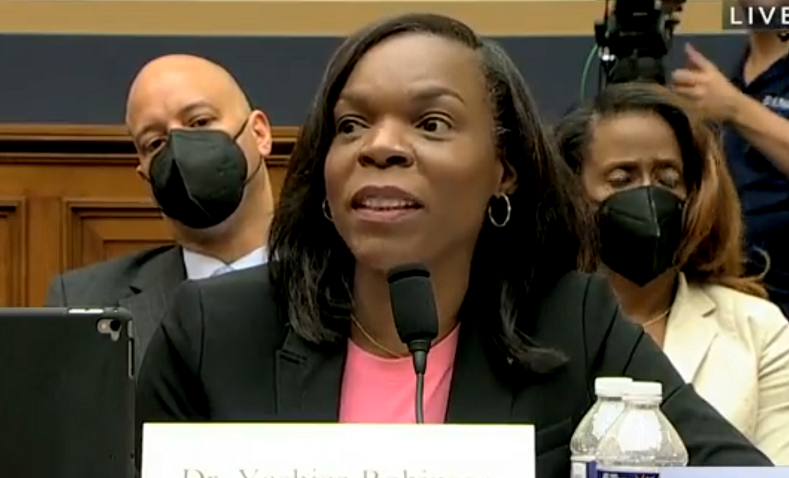 An Alabama abortionist refused to condemn the killing of a healthy, viable unborn baby in a late-term abortion Wednesday during a U.S. Congressional hearing.

The Daily Mail reports Democrat leaders called the House Judiciary Committee hearing to discuss the future of abortion as it appears likely the U.S. Supreme Court will overturn Roe v. Wade this summer.

Among their guests was Dr. Yashica Robinson, an Alabama abortionist, OB-GYN and board member for Physicians for Reproductive Health.

Committee chair Rep. Jerry Nadler, D-New York, began the hearing by claiming abortions are “central to life, liberty and equality,” according to the report.

“It is the very essence of what it means to have bodily autonomy, which is a prerequisite for freedom,” Nadler said.

But Republican U.S. Rep. Mike Johnson, of Louisiana, questioned how far that so-called “right” to bodily autonomy extends when a baby is involved.

“I would love for you to explain to us, in your medical opinion, at what point in pregnancy should having an abortion no longer be an option?” Johnson asked, according to the report.

Robinson did not answer directly, instead saying: “Every pregnancy is unique and different … Patients need to have access to care.”

Johnson questioned her again, asking if killing a baby right before birth is a “right.”

“Do you support the right of a woman who’s just seconds away from birthing a healthy child to have an abortion?” he asked.

“I think that the question that you’re asking does not realistically reflect abortion care,” Robinson replied, later adding, “I am a medical doctor and that has never happened.”

But Johnson told her that such things have happened and then presented a partial-birth abortion scenario.

“How about if a child is halfway out of the birth canal? Is an abortion permissible then?” he asked.

Robinson replied, “I can’t even fathom that.”

“I’m not asking you to fathom it,” Johnson responded. “If it occurred, would you support that abortion or not? That’s unrestricted abortion, right?”

But Robinson again refused to answer, telling the pro-life lawmaker, “I can’t answer a question that I can’t imagine.”

Some parts of the country allow unborn babies to be aborted for any reason up to birth, including New Mexico, Colorado and Washington, D.C. The exact number of viable, late-term unborn babies who are aborted every year is unknown, but it is in the thousands. In New York City alone, there were 1,485 abortions at or after 21 weeks gestation in 2015, according to the Centers for Disease Control. Premature babies are now surviving after being born at just 21 weeks.

According to the latest abortion data from the CDC, about 1.1 percent of abortions were done at or after 21 weeks in 2019. Based on an estimated 860,000 abortions per year, that amounts to about 9,460 viable, late-term unborn babies aborted annually.