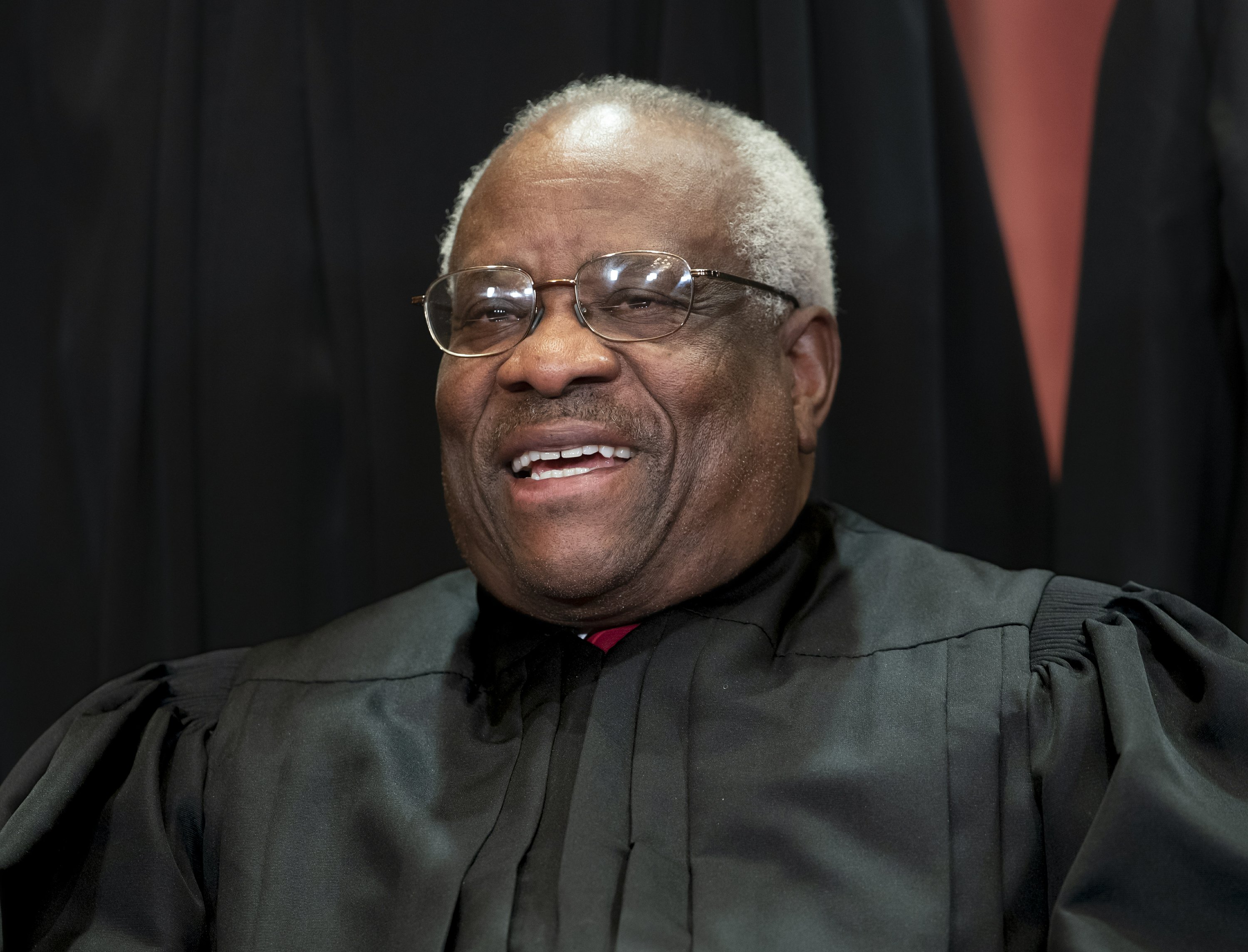 Radical abortion advocates across the country are engage in violence, firebombing pro-life groups, vandalizing and disrupting churches, forcing pregnancy centers to close and staging intimidating protests outside the homes of members of the Supreme Court.

Thomas said conservatives wouldn’t protest at the homes of Supreme Court justices if the roles had been reversed on a potential Supreme Corut ruling.

“You would never visit Supreme Court justices’ houses when things didn’t go our way. We didn’t throw temper tantrums. I think it is … incumbent on us to always act appropriately and not to repay tit for tat,” he said.

Thomas said the leak of the draft overturning Roe forever damaged the Supreme Court and the trust that had been up among members for hundreds of years.

“When you lose that trust, especially in the institution that I’m in, it changes the institution fundamentally,” Thomas said of the draft opinion that suggests the Supreme Court is slated to overturn Roe v. Wade. “You begin to look over your shoulder. It’s like kind of an infidelity that you can explain it, but you can’t undo it.”

According to AP, an attendee at the public event asked Thomas about the relationship between the justices and Congress and he said the biggest issue is within the court.

“Well, I’m just worried about keeping it at the court now.” He added, “This is not the court of that era.”

He said “it was beyond ‘anyone’s imagination’ before the May 2 leak of the opinion to Politico that even a line of a draft opinion would be released in advance, much less an entire draft that runs nearly 100 pages.”

Associated Press noted: “Thomas said that previously, ‘if someone said that one line of one opinion’ would be leaked, the response would have been: ‘Oh, that’s impossible. No one would ever do that.'”

“Now that trust or that belief is gone forever.”

Thomas also said, “I do think that what happened at the court is tremendously bad…I wonder how long we’re going to have these institutions at the rate we’re undermining them.”

Last week, Justice Samuel Alito, author of the draft opinion overturning Roe v. Wade, said he and his colleagues will not be intimidated.

Police are investigating arson at two pro-life organizations in Wisconsin and Oregon, as well as vandalism at several pro-life pregnancy centers. Pro-life advocates also have shared videos and reports of being assaulted by abortion activists at rallies and events. And abortion advocates have threatened to bomb a church in New York City.

The protests are technically illegal in Virginia and the abortion activists should have been arrested.

According to the Code of Virginia, “Any person who shall engage in picketing before or about the residence or dwelling place of any individual, or who shall assemble with another person or persons in a manner which disrupts or threatens to disrupt any individual’s right to tranquility in his home, shall be guilty of a Class 3 misdemeanor.”

Federal U.S. code 1507 prohibits individuals from protesting with the “intent of interfering with, obstructing, or impeding the administration of justice, or with the intent of influencing any judge, juror, witness, or court officer … in or near a building or residence occupied or used by such judge, juror, witness, or court officer.” Violators face fines and/or imprisonment of up to a year.

Alito, the author of the draft opinion, and his family were moved from their home to a secure location due to the threats of violence.

Meanwhile, some Democrat leaders have condoned the illegal activity.

“So long as they are peaceful, that’s OK with me,” Senate Majority Leader Chuck Schumer told reporters Tuesday.

Similarly, President Joe Biden’s spokeswoman Jen Psaki said Tuesday that the White House “encourages” the protests outside of the judges’ homes as long as they are peaceful.

In a letter to the attorney general Tuesday, U.S. Sen. Josh Hawley, R-Missouri, slammed the protests outside the justices’ homes as “flagrantly illegal.”

“Federal law makes it a crime for a person, ‘with the intent of influencing any judge, juror, witness, or court officer, in the discharge of his duty,’ to ‘picket or parade … in or near a building or residence occupied or used by such judge.’ 18 U.S.C. §1507,” Hawley said.

In a separate letter to Garland on Wednesday, Republican Govs. Larry Hogan, of Maryland, and Glenn Youngkin, of Virginia, also urged the Justice Department to “provide sustained resources to protect the justices and ensure these residential areas are secure,” the Washington Times reports.

Since the draft ruling was leaked, pro-life advocates also have been the targets of arson, vandalism, assaults and threats all across the country.