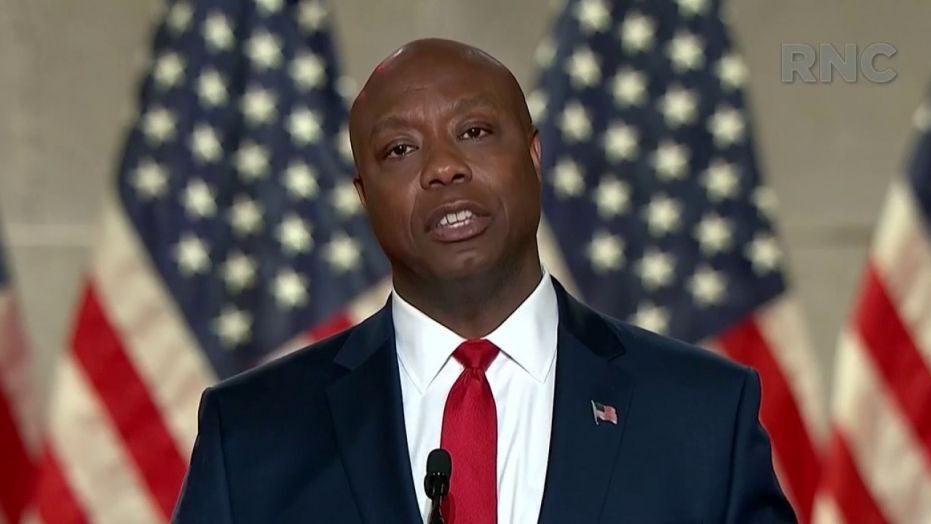 Scott, a South Carolina Republican, criticized Yellen for being “harsh” and “callous,” pointing out how he became a senator even though his mother raised him in extreme poverty, the Independent Journal Review reports.

“I’ll just simply say that as a guy raised by a black woman in abject poverty, I am thankful to be here as a United States senator,” Scott told Yellen.

On Tuesday, Yellen defended abortion and Roe v. Wade during questioning at a U.S. Senate Banking, Housing and Urban Affairs Committee hearing. The treasury secretary said she believes banning abortion would be “very damaging” to the economy, according to the report.

“I believe that eliminating the right of women to make decisions about when and whether to have children would have very damaging effects on the economy and would set women back decades,” she said.

Yellen said research shows that women who are denied abortions have an increased risk of living in poverty or needing welfare, and she specifically mentioned black women, who have a disproportionately high abortion rate compared to other racial groups, CNN reports.

Scott responded with surprise to the Biden administration official’s argument, saying it’s “harsh” and callous” to claim that killing unborn children is good for the economy.

“Did you say that ending the life of a child is good for the labor force participation rate?” Scott asked. “I’m just surprised that we find ways to weave into every facet of our lives, such an important, painful reality for so many people. To make it sound like it’s just another 0.4 percent added to our labor force participation as a result of the issue of abortion, just, to me, seems harsh.”

“I’ll just simply say that as a guy raised by a black woman in abject poverty, I am thankful to be here as a United States senator.”pic.twitter.com/qWZMwYjgJI

Yellen disagreed, saying she does not think it is harsh at all. She credited Roe with putting more women in the workforce and giving more the opportunity to complete their education and earn more money.

Though abortions kill children, Yellen made the argument that legalized abortion leads to a better environment for children, too.

“Research also shows that it had a favorable impact on the well-being and earnings of children,” she said. “It means that children will grow up in poverty and do worse themselves. This is not harsh. This is the truth.”

But Scott said his own life story is evidence against those claims.

“I’ll just simply say that as a guy raised by a black woman in abject poverty, I am thankful to be here as a United States senator,” he told Yellen.

“I look at low birth rates and an aging population,” Daines said.

Many European and Asian countries already are struggling with labor shortages and a lack of care for their growing elderly populations due to abortions and low birth rates.

According to the blog Hot Air, Yellen also failed to consider the long-term sustainability of public welfare or the well-being of unborn children and families who want to adopt them.

“The welfare state built and cherished by the American left is unsustainable long-term in a country whose birth rate is well below 2.1,” the blog noted. “… If you want Medicare and Social Security to remain feasible, you need a growing domestic base of workers. Endorsing abortion until the moment of birth is a weird way to facilitate that.”

Abortion is the most prominent debate issue in America right now after news broke last week about a leaked draft opinion from the U.S. Supreme Court that would overturn Roe v. Wade. A final ruling is expected this summer, likely in June.