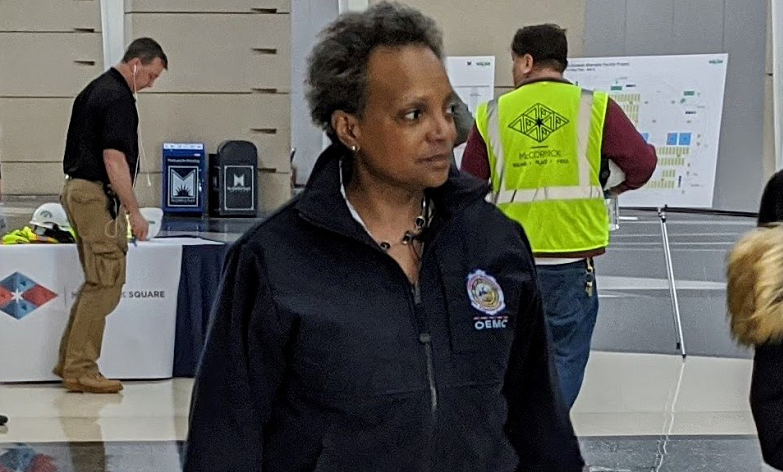 Democratic Chicago Mayor Lori Lightfoot seemed to suggest a “call to arms” against the Supreme Court in a Twitter post Monday.

Lightfoot claimed that LGBTQ+ rights were under threat after the Supreme Court’s draft opinion leaked on May 2, which reportedly showed the court’s intention to overturn Roe v. Wade.

“To my friends in the LGBTQ+ community — the Supreme Court is coming for us next. This moment has to be a call to arms.” Lightfoot shared in a Twitter post. “We will not surrender our rights without a fight — a fight to victory!” the Mayor continued in a reply to her original post.

To my friends in the LGBTQ+ community—the Supreme Court is coming for us next. This moment has to be a call to arms.

After learning the Supreme Court could potentially overturn Roe v. Wade, Democratic fears have ignited that the court may seek to overturn other historic rulings, including Obergefell v. Hodges in 2015 which established legal precedent that federally protected same-sex marriage, and Lawrence v. Texas in 2003 which effectively legalized sodomy by striking down laws against it, according to NPR.

Though an official ruling has not yet been made, the Supreme Court is poised to overturn Roe v. Wade after hearing oral arguments in the Dobbs v. Jackson Women’s Health case late last year.

“We hold that Roe and Casey must be overruled,” Associate Justice Samuel Alito reportedly wrote in the leaked draft opinion. “It is time to heed the Constitution and return the issue of abortion to the people’s elected representatives.”

LifeNews Note: Chris Bertman writes for Daily Caller. Content created by The Daily Caller News Foundation is available without charge to any eligible news publisher that can provide a large audience.